Only 958 businesses across the country are said to be aware of the African  Continental  Free  Trade  Area (AfCFTA) which is expected to start on January 1, 2021,  findings from the second wave of  COVID-19 Business  Tracker  Survey has revealed.

This represented 26.2 percent of firms interviewed between August 15 and September 20 this year by the Ghana Statistical Service (GSS) in collaboration with the United Nations Development Programme (UNDP) and the World Bank.

A total of 3,658 from the initial 4,311 firms from the first Business Tracker were re-interviewed to provide critical information to help the government, development partners and other organisations monitor the effects of the pandemic.

The Government Statistician, Prof. Samuel Annim said this on Thursday at a press conference held in Accra.

He said the awareness of AfCFTA was more among the medium and large firms which represented 63.8 and 72.7 respectively while within the small and micro firms only 26.2 and 24.9 per cent were in the know of it.

According to Prof. Annim, though awareness of AfCFTA was low, 76 per cent of the businesses believed the implementation of it would bring transformation to their businesses. 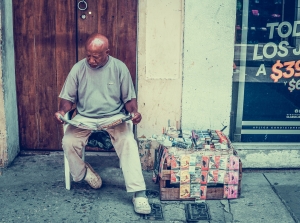 He said both large and small firms, as well as medium-size firms, believed that reduced cost of credit, increased information on business opportunities and removal of policy and regulatory bottlenecks, digitisation, business advisory services and information on business opportunities would be the support needed to make their firms useful and enable them to sell their goods and service across the continent.

Prof. Annim said the number of firms in Ghana aware of the AfFCTA was worrisome and was unexpected, given that the intended benefits were enormous for businesses and the country at large.

He said the Service had taken steps to intensify the sensitisation of AfFCTA to ensure that businesses and firms in Ghana could leverage and benefits from the returns associated with it.

“We expect the firms in Ghana would fully be aware of this intervention and will be educated on the strategies by which they can harness the returns associated with it,” he added. (GhanaWeb)

Photo by Christina @ wocintechchat.com on Unsplash African youth urged to take lead in implementation of AfCFTA
Scroll to top