Six countries drawn from three regional economic blocs are yet to ratify the African Continental Free Trade Area (AfCFTA), delaying its implementation more than a year after it was formally launched in January 2021. The AfCFTA, a brainchild of the African Union’s integration and prosperity Agenda 2063, was supposed to create one large market for its member states. But more than a year after inception, some countries are still dragging feet in adopting its legal framework in domestic laws.

In the East African Community (EAC), South Sudan is yet to ratify the AfCFTA and in Southern African Customs Union (SACU), Botswana is yet to ratify and deposit its instrument of ratification. A second coordination meeting of the Heads of Regional Economic Communities held in Arusha on June 7 also revealed that Benin, Guinea Bissau and Liberia, members of the Economic Community of West African States (Ecowas), are yet to become State Parties. 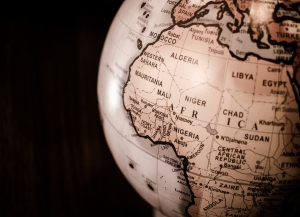 Eritrea is yet to become a member of the AfCFTA making it difficult to discuss Customs and trade offers within the continent. However, in the EAC, Kenya, Uganda, Tanzania, Rwanda and Burundi have ratified the agreement, while in the Central African Economic and Monetary Community (CEMAC) all six member states (Cameroon, the Republic of the Congo, Gabon, Central African Republic (CAR), Chad; and Equatorial Guinea) are state parties to the agreement.

Political will and documentation

Mene said trade was yet to commence save for a number of factors, including failure by all African countries to ratify the agreement, yet to be submitted of tariff offers, Rules of Origin, and trading documents. For instance, while 54 AU Member States are signatories to the AfCFTA Agreement, only 43 Member States have ratified the agreement and deposited their instruments of ratification of the Agreement with the AfCFTA Secretariat.

And yet according to the agreement, entry into force occurs 30 days after the 22nd instrument of ratification is deposited with the Chairperson of the African Union Commission. Ten State Parties and non-State Parties — Comoros; Djibouti; Eritrea; Ethiopia; Mozambique; Libya; Somalia; Sudan; Tunisia; and Sahrawi Republic — are yet to submit any tariff offer.

“We are working closely with the RECs to ensure all constituent members of Customs Unions become State Parties in order not to adversely impact smooth implementation of the AfCFTA and integrity of the Common External Tariff at the REC level. It is our expectation to have more ratifications before yearend,” said Mene.

As at May 31, 45 of 55 countries had submitted tariff offers to the AfCFTA Secretariat, including submissions from CEMAC; EAC; Ecowas and SACU and some countries that had submitted individually: Algeria; Angola; Egypt; DR Congo; Madagascar; Malawi; Mauritius; Morocco; Sao Tome and ; Principe; Seychelles; Zambia; and Zimbabwe.
The EAC Secretary-General Dr Peter Mathuki, who hosted the RECs, meeting decried the low intra trade among African states and called on the speedy implementation of the AfCFTA.

Published By :- The East African