The President of the African Export and Import Bank (Afreximbank), Prof. Okey Oramah has identified African youths as the catalytic force that would propel the realisation of the African Continental Free Trade Area (AfCFTA) initiative.

Oramah said this yesterday in his opening address to the Afreximbank 2022 Annual Meetings in Cairo, Egypt, where he declared that Afreximbank Central Bank Deposit Programme (ACBDP) had mobilised $35 billion and attracted 50 participants since its inception in 2019.

The theme of the annual meetings is “Realising the AfCFTA Potential in the Post COVID-19 Era: Leveraging the Power of the Youths.” He also used the address to counter the conclusions of The Economist Magazine in an article
titled “Africa’s Ambitious Trade Plan: Need to Speed Up,” which stated that continued political wrangling among Africa’s leaders might squander the promise of freer trade.

Oramah said: “A youth powered AfCFTA will trigger a continental economic expansion; and whether the next decade will become lost decade for Africa will depend on how we creatively deploy the energies and tenacity of our youth to implement the AfCFTA agreement. “We are happy that the protocol on the youth will be negotiated under the AfCFTA. That will provide a great opportunity to formalise the integration of the youth into the continent wide
agenda.

“As the youths are technologically savvy, and we believe that it is technology that will bring down the borders, Afreximbank and the AfCFTA secretariat have started to implement a digital AfCFTA called the Africa Trrade Gateway. This will offer the opportunity for the youths to access African market, access payment services and access credit.

“It is our view that the youths will be catalytic force to the realisation of the AfCFTA agenda.” He singled out the President of the Dangote Group, Mr. Aliko Dangote, and the Founder of Africanpreneur, Mr. Tony Elumelu, among Africans that pioneered businesses of global consequences in their youthful days.

He said: “The African youths are beginning to make significant contributions to economic transformation across the continent. For example, Mr. Aliko Dangote, as a young man in his early twenties began to build what today has become a global multibillion dollar conglomerate that has pivoted him to be the wealthiest person in Africa today.

“It was a young Tony Elumelu who transformed an ailing commercial bank into an African multinational financial institution. “Many African youths who are talented are making the waves around the world. The African youths are poised to make a giant leap in a single continental market and could seamlessly become the drivers of African integration and intra-African trade.”

Oramah pointed out that, “policies that give them intellectual property protection, ease cost of doing business, as well as improved access to market will unleash the power of the youth on the continent. “That is why Afreximbank is today intervening with instruments that are geared toward supporting the growth of small businesses and promoting their integration into national, regional and continental value chain. 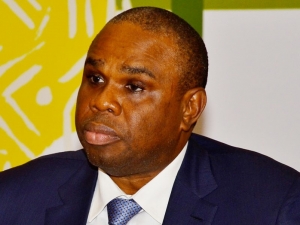 “Afreximbank has therefore launched the ‘How-to-Export within the AfCFTA.’ Through this initiative, Afreximbank is partnering with the International Trade Centre to train small businesses and young entrepreneurs in Africa to participate in the AfCFTA.

Moreover, the president of Afreximbank added that the bank was also prioritising the continent’s “culture and creative industries as they hold a potent force to accelerate integration under pre dominantly youth based.”

“At Afreximbank, we are promoting industry through dedicated $500 million funding that is currently being implemented. “As we deliberate on these topical issues during the next three days, we are going to produce policy recommendations that will help us step up the implementation of the trade agreement,” he added.

The Economist of London had in March published an article titled “Africa’s Ambitious Trade Plan: Need to Speed Up,” that stated that, “sadly there has been all too little progress since,”1963, when Africa, politicians called for a common continental market.

The report had added, “although the AfCFTA has in theory been operational since the beginning of this year, in practice no trade has happened under its terms because of continued political wrangling; Africa’s leaders risk squandering the promise of freer trade.”

But Oramah argued that while the magazine was right in the facts set out in their article, its conclusions were wrong, adding that the facts were symptoms of problems the article did not explore. He said: “But while the problems were identified decades ago, it is only now that Africa can boost of possessing a combination of factors that can resolve it. These include a visionary leadership, the youth and digital technology. “Our leadership has done the courageous work of giving us the AfCFTA. A lot now hinges on our youths.”