The Intergovernmental Authority on Development (IGAD) was created in 1996 to succeed the Intergovernmental Authority on Drought and Development that was founded in 1986 to deal with issues related to drought and desertification in the Horn Africa. IGAD came to existence with a new name, organizational structure and a revitalized ambition of expanded cooperation among its member States. The mission of IGAD is to assist and complement the efforts of the member States to achieve, through increased cooperation: food security and environmental protection, peace and security, and economic cooperation and integration in the region.

The objectives of IGAD are to:

The operational structure of IGAD is composed of four hierarchical policy organs. These are:

Trade and market integration in IGAD has lagged behind, in comparison to other regional economic communities’ implementation of trade agreements. In January 2012, the Heads of State and Government endorsed a Minimum Integration Plan where economic cooperation and integration was one of the priority areas of cooperation. In this context, the IGAD Secretariat works with member States towards harmonizing trade policies, procedures and standards to boost trade in the IGAD region.

IGAD is committed to facilitate and coordinate the removal of physical and non-physical barriers as well as the development of interstate transport and communications to foster market integration in the region. The Horn of Africa Initiative is, for instance, a European Union-African strategic plan to expand physical infrastructure such as road, rail, port, and air transportation to achieve better interconnectivity among member States. The Initiative also enhances production integration in energy, such as projects in oil, gas, hydropower, wind and geothermal energy.[1]

In May 2010, IGAD revived its Business Forum to promote private sector-led integration through increased trade and cross-border investments. The Business Forum aims to facilitate an environment where the Chambers of Commerce and Industry of member States cooperate and harmonize to fulfil their roles in promoting trade and investment throughout the region. The Business Forum also aims to advance trade facilitation by supporting access to inputs and trade finance; encouraging more public-private partnerships to create an enabling environment for domestic and cross-border investments as well as to advance the harmonization of policies with regard to trade, customs, and transport facilitation, through infrastructure development and free movement of goods in the region.[2]

Market integration, is in the pre-free trade area (FTA) phase in IGAD. The slow process is primarily caused by poor incentives for member States with overlapping memberships to other regional economic communities that are further along on their market integration course.[3] In effect, all IGAD member States, apart from Somalia and South Sudan, are likewise members of the Common Market for Eastern and Southern Africa (COMESA), which recently launched a Tripartite Free Trade Area Agreement (TFTA) together with the East African Community (EAC) and the Southern African Development Community (SADC). Additionally, one of the overarching objectives of IGAD is to realize the objectives of COMESA, which makes the institutional structure for the pursuit of a FTA ambiguous as well. Moreover, Kenya, South Sudan and Uganda are members of EAC that is implementing its Common Market along with TFTA. As COMESA and EAC are progressing in this regard, dual or multiple regional economic community memberships will result in weak incentives to pursue further macroeconomic policy convergence schemes under the IGAD configuration.[4] [5]

IGAD is among the few regional economic communities in Africa to have an elaborate framework for tourism development. The IGAD Sustainable Tourism Master Plan was developed through a consultative process involving key tourism stakeholders drawn from the member States, and through the support of UNECA. The master plan was officially launched during the IGAD tourism inter-ministerial forum held in Kenya in 2013. The aim of the master plan, which is currently being implemented, is to provide IGAD member states with a regional framework for sustainable tourism development that contributes to socio-economic development, poverty alleviation and promotion of regional integration.[6]

The 1996 Agreement Establishing IGAD stipulates that member States agree to develop and expand cooperation to gradually harmonize their fiscal and monetary policies.[1] The IGAD Strategy adopted in 2003, states that economic cooperation is one of three priority sectors for IGAD. Macroeconomic policy convergence, however, is vaguely covered in the Strategy.[2] One of the major issues is that there is no specific timeline set for member States’ gradual harmonization of fiscal and monetary policies. Consequently, making the implementation process under the IGAD constellation, uncertain.

[2] IGAD, About us: IGAD Strategy. Available from http://igad.int/index.php?option=com_content&view=article&id=93&Itemid=1…

The aims and objectives listed in article 7 of the Agreement Establishing IGAD, states that member States are to promote the free movement of goods, services, and persons as well as the establishment of residence. Nevertheless, IGAD does not have a protocol on free movement of persons.[1] Member States do, however, practice the free movement of persons in the region on a bilateral basis. Ethiopia and Kenya, Ethiopia and Djibouti, along with Kenya and Uganda, all have bilateral agreements in place to waive visa requirements. With the exception of a few member States, most offer visa-on-arrival for a period of 90 days to nationals of other IGAD member States.[2]

The objectives of IGAD, as outlined in the Agreement Establishing IGAD, states that IGAD is strongly committed to the promotion and maintenance of peace, security and stability in the region. This commitment includes the creation of mechanisms for the prevention, management and resolution of inter-State and intra-State conflicts through discussion.

The Peace and Security Division of the IGAD Secretariat work closely with member States to fulfil the objectives by promoting policy harmonization and cooperation among member States. Several initiatives are being undertaken. Primarily, the Conflict Prevention, Management and Resolution Programme that includes activities and programmes in post-agreement follow-up of peace initiatives in the Somalia and Sudan conflicts; development of a counter terrorism strategy; control of illicit circulation of arms and weapons; coordination of the IGAD Inter-Parliamentary Union; and the Assembly of the IGAD-NGO/CSO Forum.[1] Moreover, the Conflict Early Warning and Response Mechanism, which is a part of the African Peace and Security Architecture through its association with the African Union Continental Early Warning System, serves as another peacekeeping tool for IGAD member States.[2]

The Peace and Security Division also works in humanitarian affairs to achieve its objectives. More specifically, the Disaster Risk Management Programme, including: training, resource mobilization as well as the implementation of the Regional Food Security Strategy, the Risk Management Programme and the Regional Disaster Fund. IGAD also works with the alleviation and mitigation of humanitarian crises to maintain peace and stability in the region.[3] It has developed a draft Protocol on Democracy, Governance and Election to align member State practices in these distinct areas. The draft Protocol has, however, been pending since January 2013 and no further action has been taken to adopt it.[4]

In October 2011, the IGAD Security Sector Programme was launched to implement the decision of member States in restructuring the IGAD Capacity-Building Programme against terrorism. The Security Sector Programme aims to build national capacity to battle terrorism and other related crimes while promoting regional security cooperation in the areas of: counterterrorism, organized crime, maritime security, and capacity-building of security institutions.

[1] IGAD, About the peace and security division. Available from http://igad.int/index.php?option=com_content&view=article&id=97:about-th….

[2] IGAD, Protocol on the Establishment of a Conflict Early Warning and Response Mechanism for IGAD Member States (2002). Available from http://www.operationspaix.net/DATA/DOCUMENT/3860~v~Protocol_on_the_estab… and, http://www.cewarn.org/index.php?lang=en.

[3] IGAD, About the Peace and Security Division. Available from http://igad.int/index.php?option=com_content&view=article&id=97:about-th… (accessed 30 June 2016).

The harmonization of sectoral policies is mentioned in two sections of the Agreement Establishing IGAD. Article 7 indicates the promotion of macroeconomic policies and programmes in the social, technological and scientific fields; the harmonization of policies with regard to trade, customs, transport, communication, agriculture, natural resources; as well as the promotion of free movement of goods, services, people and the establishment of residence. Moreover, article 13a states that member States agree to develop and expand cooperation to harmonize existing national plans of action for marginal lands, dry lands management and control of land degradation; transport and communication policies, development of infrastructure and remove physical and non-physical barriers to interstate transport and communications; and to create an enabling environment for cross-border investment and gradually harmonize their investment policies.[1]

In February 2016, the IGAD Secretariat and its member States held a two-day workshop on the topic of IGAD Sectoral Strategies and Implementation Plans 2016–2020. The workshop focused on the six priority sectors: agriculture, natural resources and environment; regional cooperation and integration; peace and security; and social development and gender. The workshop validated and reaffirmed member States commitment to the implementation of the IGAD Strategy for the coming five years.[2]

The Headquarters of IGAD 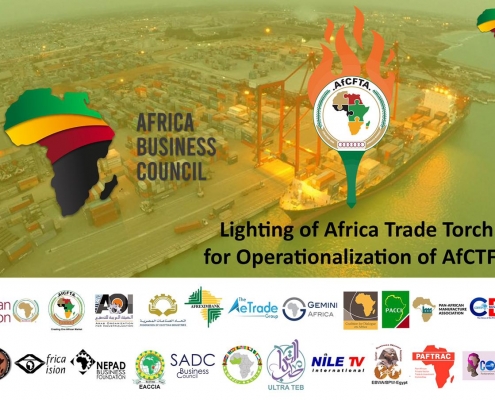 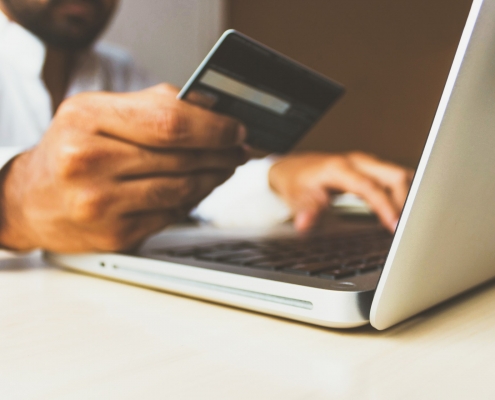 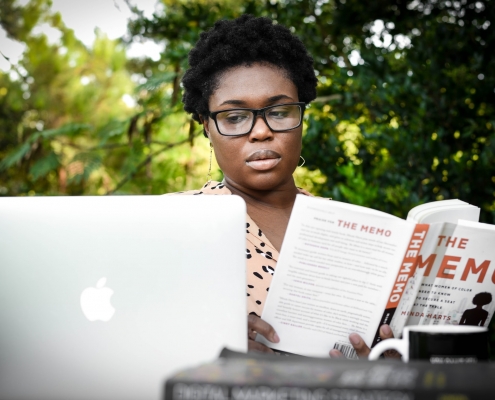 Photo by Kelly Fournier on Unsplash
According to the African Union chairperson, President Cyril Ramaphosa, the African Continental Free Trade Area (AfCFTA) will help advance the empowerment of Africa’s women, by improving women’s access to trade opportunities which will…
END_OF_DOCUMENT_TOKEN_TO_BE_REPLACED
https://www.pacci.org/wp-content/uploads/2021/01/kelly-fournier-EUm4naGdBJo-unsplash-1.jpg 1281 1920 Hanin Abdulrazzaq https://www.pacci.org/wp-content/uploads/2020/02/pacci-logo.png Hanin Abdulrazzaq2021-01-06 11:23:322021-01-06 11:23:32What opportunities does the AfCTA hold for women?
Scroll to top