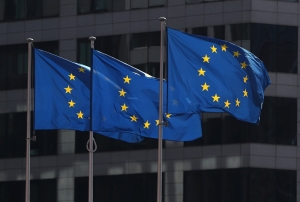 The European Parliament voted on a new report to renew its trade relationship with Africa on Thursday.

The report, which now passes to the European Commission (EC) for consideration and possibly resolution, calls for fairer treatment of African countries in their current bilateral trade agreements.

The report, written by the EU Committee on International Trade, makes a set of recommendations for future investment in Africa, based on promises of a more equal, respectful, and human-centred trade partnership between the two continents made during the last EU-AU Summit in February.

During the February summit, an Africa-Europe Investment Package of at least €150bn was earmarked for the continent over the next seven years to support a “Joint Vision for 2030” and the AU Agenda 2063.

Among proposals outlined in the report is a call for the EC not to propose new Economic Partnership Agreements (EPAs) before evaluating their impact on African economies.

“For too long, Africa has been reduced to a supplier of raw materials, with the result that the continent’s immense economic potential has remained untapped,” says social-democratic politician MEP Kathleen Van Brempt.

The current EPAs negotiated between the EU and African countries are largely based on the Cotonou Agreement signed in 2000, which has long been described as a “kiss of death” for the African continent as it created unfair competition for African agriculture.

“The EU Parliament is deeply concerned about the high dependence of African states on food imports, especially from the European Union, particularly when these imports are made up of subsidised products whose low price represents harmful competition for small-scale agriculture in Africa,” says the report.

To address the vulnerability of industrial value chains in Africa, the Parliament calls for the relocation of economic activities to the continent and for Europe to share its technological know-how with Africa.

In the same vein, the report also supports pan-African projects such as the African Continental Free Trade Area (AfCFTA) and advocates more cooperation on the establishment of circular economic models that retain as much value as possible from products such as raw materials, while reducing both the consumption of resources and greenhouse gas emissions.

However, under the CBAM scheme, the African exporters would face higher taxes even though emissions from African countries are the lowest globally.

For example, a recent study by the Centre for Global Development shows that Mozambique’s GDP would fall by 1.6% under Europe’s CBAM, as the Southern African country is a substantial exporter of aluminium to the EU.

The report also highlights the threat of growing Russian and Chinese influence in Africa, and holds recommendations to stem its expansion.

“If the commission simply continues on its current path, the influence of other players on the African continent – such as China and Russia – will only increase,” said Kathleen Van Brempt.

The Chinese are seen by the EU as risky partners for Africa, especially because the Asian powerhouse does not comply with the same stringent agricultural and ecological standards as the European bloc.

However, the EU and its member states still constitute the most important trading partner for Africa, accounting for approximately $300bn of trade value in 2021.