After six years of planning, strategy and coordination, and now just 16 months since its inception, the African Continental Free Trade Area (AfCFTA) has the weight of the continent resting on its shoulders. AfCFTA will cover a market of 1.3 billion people and a gross domestic product (GDP) of $3.4tn across all 55 member states of the African Union, a World Bank report outlines.

However, with the AfCFTA signed, implementation is the next critical hurdle. In the words of its Secretary-General Wamkele Mene in an interview last year with CNN’s Eleni Giokos: “We have completed the easiest part – that is for 55 countries to negotiate a single set of rules. The most difficult part is implementation.”

Successful implementation could see 30 million people lifted out of extreme poverty while raising the incomes of 68 million more, according to the World Bank – but how will this be achieved on a continent with diverse central banking systems and currencies, across up to 2,000 languages?

In a recent United Nations Conference on Trade and Development (UNCTAD) panel, moderated by Karen Nadasen, chair of the Ecommerce Forum of South Africa and CEO of PayU, five key insights surfaced that impact the potential of AfCFTA:

Governments will need to step up their policies and frameworks to build a safe and sound ecosystem for e-commerce and digital trade. Currently, legacy payments systems mean that there are hundreds of ways for people to make and receive payments, which becomes onerous at a merchant level when, for example, they have to have multiple telco contracts to receive mobile money payments from customers, rather than one banking solution.

“The Pan African e-commerce initiative sets out to create that ecosystem for e-commerce and digital trade by supporting the improvement of the framework conditions for cross-border e-commerce and Africa. As a result, we are experiencing unprecedented growth in digital trade and e-commerce and an explosion specifically around mobile payments. Furthermore, we anticipate that apps will become a significant part of the payment system, not only for central and commercial banks but for mobile money providers too,” explained Nadasen.

In addition, the continent will need robust infrastructure to deliver access, connection, and internet speed – for example, in South Africa, we have started on 5G – and robust data centres,”she added.

Africa is a global leader in financial and telecommunications innovation. However, sub-Saharan Africa remains the most expensive region to send money across borders, adding delays and risk to traders who might otherwise thrive in new markets. Mobile money and the need to reduce the digital divide helped solutions like Central Bank Digital Currencies to emerge.

There are even discussions about a single currency for the continent. “Initiatives such as the Pan-African Payments and Settlement System (PAPSS) and the work of Smart Africa on the Pan African Blueprint already point the way to easier and cheaper payment services within the continent.

“Transactions settled in local currencies have gone through the six central banks currently participating, with about 25 commercial banks in this region signed up,” he adds. “We also have switches on board – a central point where commercial banks are integrated, and the six countries are all becoming our technical connectivity providers.” 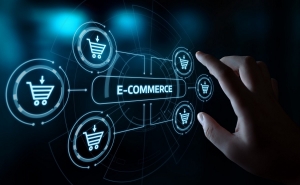 Open APIs, working with PSPs, switches and banks, could transform banking and have been successfully piloted. Already, they are changing customer behavior, improving networking between banks, stimulating the emergence of new ecosystems, and encouraging the evolution of even more innovative technology.

Banks’ customers have long sought this level of transparency to make it easier to manage accounts and loans across multiple banks and negotiate the best possible rates for themselves. For banks, the ability to leverage financial data and analyse users’ financial behaviour and needs gives them the insights they need to create tailor-made services that will, in turn, increase customer ‘stickiness’.

To support its growing fintech market, Rwanda’s National Bank has published a regulation to formalise how customer data mining and analysis is approached. Nigeria is well underway in developing API standards for multiple use cases, and in South Africa, several banks and fintechs are supporting and encouraging the open banking trend.

In 2017, the Economic Commission for Africa and the World Bank reported that 500 million people globally do not have access to identity, and the majority were in Africa, and you need to have some form of digital identity that goes beyond Google or Facebook.

“For this reason, Smart Africa Trust Alliance produced a blueprint for digital identity, seeking to harmonise the existence of digital identities, regardless of borders. If our goal of a Smart Africa by 2030 is to be achieved, we need to have a seamless way of sharing identity information across borders that will enable people to move around the continent and transact without having to carry their passports with them,” explained Emmanuel Khisa, project manager, p-payments and e-commerce, Smart Africa.

Also, in August 2021 the African Union Commission (AUC) held a public consultation forum to receive submissions from stakeholders on the draft African Union Digital ID Framework. It proposes different models of the IDC such as digitally signed credentials or digital wallets to empower people to have control over their personal data.

Tunde Fafunwa, the lead advisor at the United Nations Economic Commission for Africa states, “Now is the right time, before countries have fully adopted a standard or rolled out an ID system, to understand the implications and align themselves more closely with The Pan African Trust Framework and the principles of interoperability.”

“KYC (Know Your Client) for business registration and citizens needs to be adapted to facilitate trade. Data policies and data privacy need to be harmonised. We want young people who are already trading on YouTube and Instagram to continue receiving and making payments while helping them feel protected,” said Khisa.

“There’s so much opportunity to be realised from evolving the ecosystem, including seeing people move unhindered across countries and member states and become more accepting of Africans from all walks of life without discrimination,” he continued.

PayU’s Nadasen concluded, “Covid-19 amplified the power and importance of global e-commerce with the African Continental Free Trade Area. This is the African Union’s digital transformation strategy, and governments will need to step up their policies to build a safe and sound ecosystem.”

“Much still needs to be done, and there will be serious hurdles to overcome, but a movement has now been unleashed to transform Africa. When you consider the natural evolution of trade and industry and observe other successful examples in uniting currencies and improving infrastructure, such as the Euro and European Union, it is imaginable that AfCFTA can succeed. One thing is for sure, cross-frontier payments are on the frontline for a rapidly growing African population.”