The presidency of the CAR announced the country would adopt bitcoin on April 27.

The move sparked a backlash from the region’s central bank, the BEAC, which manages the Central African CFA Franc, which is used by six countries: Cameroon, Central African Republic, Chad, Republic of Congo, Gabon and Equatorial Guinea.

In response to the move, BEAC issued a statement declaring the CAR’s adoption of the new cryptocurrency law “null and void” and in violation of the tenets of the regional bloc.

“This law suggests CAR aims at establishing a currency competing with or aiming at replacing the Central Africa Central Bank and the Franc CFA,” the statement said.

The IMF also raised concerns about the CAR’s decision, protesting that the move was made without consulting the regional economic union, the Central African Economic and Monetary Community (CEMAC).

The adoption “raises major legal, transparency, and economic policy challenges,” the IMF said, adding that they are assisting the region and the CAR’s authorities in addressing the concerns posed by the new law.

What would the adoption mean for the Central African Republic?

Adoption of the law would mean that bitcoin must be accepted as payment alongside the existing currency.

In a statement to Reuters, Obed Namsio, chief of staff of President Faustin-Archange Touadera, insisted that the law would “improve the conditions of Central African citizens,” calling it “a decisive step toward opening up new opportunities for our country”.

But many were baffled by the country’s decision. The CAR is one of the poorest countries on the continent, ranking 188th in the UN’s 2021 Human Development Index ranking, with gross national income per capita of just $993. The technological barriers to widespread uptake are immense.

Only one other country – El Salvador – has made bitcoin legal tender, promising that it would help boost the nation’s economy. But despite the launch of an app and inducements to sign up, uptake has been very low.

Bitcoin exists on a shared ledger across a global network of computers and relies on reliable, fast internet and widespread access to computers or smartphones.

But internet penetration among the CAR’s 4.8m people stood at just 14% in January 2020, according to Datareportal, while only 14% of the population has access to electricity, mainly in the capital Bangui, and access is almost entirely absent in rural areas, Sustainable Energy For All says.

That raises questions over whether a significant proportion of the population will be able to send or receive bitcoin as an alternative currency in the forseeable future.

At the same time, critics fear that the adoption of a currency not controlled by any central authority will open the door for illegal monetary transfers. This would affect not only the CAR but all the countries that use the Central African CFA franc and be a boon for money launderers based in the region (see below).

The move may be linked to the growing influence of Moscow in the CAR, where mercenaries from a private Russian security outfit with links to Vladimir Putin, the Wagner Group, have allowed the government to gain the upper hand against rebels and helped shield President Faustin-Archange Touadéra against an attempted coup.

Indeed, for Ronak Gopaldas, director of risk management agency Signal Risk, it is perhaps the logical explanation for a decision that he otherwise finds “bizarre”.

“If this opens up the way to make the financial system more accessible for Russian companies, then I think this makes a lot of sense, particularly now that Russia is locked out of the conventional African banking system,” he told South Africa’s Radio702. 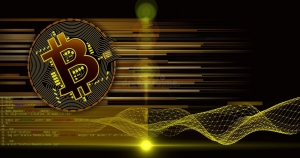 How would the CAR’s bitcoin adoption affect the Central African CFA franc?

Dealing a blow to the French-backed Central African CFA franc could be a motive for the CAR government as it leans toward Moscow.

The CFA franc, established by France as a colonial currency in 1945, continues to be used both by the countries of CEMAC and eight independent states in West Africa grouped in the West African Economic and Monetary Union (UEMOA).

Defenders of the CFA franc, which is pegged to the euro and whose convertibility is guaranteed by the French Treasury, point to the macroeconomic stability and low inflation that it brings to the countries that use it. (The West and Central African versions are technically different currencies but have the same value and similar relationships to the French Treasury.)

However, the currency’s detractors see it as a form of neo-colonial tutelage. France’s role as “guarantor” of the CFA franc has given it great power over its former colonies, whose monetary policies, far from being independent, have had to keep in step with those of France, and latterly the European Monetary Union.

In recent years, the existence of the currency has been the object of increasing popular anger as the perception has grown that it benefits France and local elites while holding back rather than adding to the development of African economies. Steps taken by the UEMOA countries towards loosening ties with the French Treasury have not yet been followed by CEMAC.

The CAR’s decision to unilaterally adopt bitcoin would have upset basic provisions of the arrangements underpinning the Central African CAF franc – notably that the CFA franc should be the only legal tender in the region and that the BEAC controls the issuing of money and conversion of currency for the entire zone.

“As soon as you have a market place in a CEMAC member country that allows you to convert CFA francs (XAF) into cryptocurrency, you have a currency exit mechanism parallel to that controlled by the BEAC,” an anonymous source at the BEAC told the French-language magazine Jeune Afrique. “So any holder of CFA francs in the area can use it, whether he is in the Central African Republic or not. This is the door open to all kinds of illegal currency outflows and inflows.”

Under the treaty establishing the monetary union, a country can be expelled for violating its fundamental principles, and three of the five other members of CEMAC are currently thought to be in favour of expelling the CAR if it does not row back on the move.

This could be a direct advantage for the CAR’s president, Faustin-Archange Touadéra, whose plan to change the constitution to allow him to run for a third term is opposed by France. French influence in the country would be diminished while Russia’s position would be strengthened.

“This law is a way of getting out of the CFA franc through a means that undermines the common currency,” declared former CAR prime minister and current opposition MP Martin Ziguélé. “It isn’t a priority for the country. This move raises the question: who benefits?”

What advantages can bitcoin adoption bring to a country?

“There have been other countries that have moved in the same direction to adopt bitcoin as a legal tender and there are several advantages of using bitcoin as opposed to your own country’s currency, and the biggest is that bitcoin is inflation proof,” says Blake Harris, who runs a Denver-based law firm with a focus on cryptocurrency law and asset protection.

“When a country is in charge of their own monetary policy they could print money indefinitely and in doing so it weakens the value. With bitcoin there would never be more than 21 million bitcoins, and so this really helps to preserve the value of your money and it gives people more certainty that the money that they’re storing.”

The CAR’s move makes it easier to transfer payments throughout the world, he adds.

“With bitcoin you can buy and send bitcoin anywhere in the world, and it gives them a little bit more of an edge in the global competitiveness market to be able to transact business in a currency that is being used worldwide.

“Also with bitcoin, you can’t really lie about how much money you have. Its all in the public ledgers.”

What would CAR’s adoption mean for bitcoin?

Given the CAR’s tiny economy and the resistance that the country has faced from its currency zone, the direct impact on bitcoin itself is likely to be negligible.

But if the experiment were to work and more countries explore the official adoption of bitcoin, it could add credibility to the digital currency, as bitcoin use has now moved far beyond a niche community of traders and businesses.

“Those with the most money don’t like bitcoin. It is a threat to their power,” Harris says.

“However due to its decentralised nature, it’s going to be pretty much impossible to stop bitcoin at this point because you can wipe out bitcoin computers in one country or in one continent and it will continue to survive in other countries.”