If every African country joins, experts say, the AfCFTA will be the world’s largest single market, accounting for $4 trillion in spending and investment across the 54 countries.

During an EABC-GIZ webinar on opportunities for the private sector in the AfCFTA, held Thursday, October 1, it was noted that the AfCFTA market is estimated to rise from $1.27 billion to $1.7 billion by 2030, out of which about $600 million will be in the middle class.

“EABC in partnership with the regional communities’ business councils has been spearheading the formation of the African Business Council, to champion private sector views in the continental policy formulation processes,” said Dr. Peter Mathuki, the CEO of EABC said. 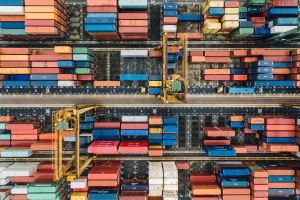 As noted, the architecture of the AfCFTA provides for the establishment of an African Business Council, as a necessary continental platform for aggregating and articulating the views of the private sector in the continental policy formulation processes.

The Business Council will play an advisory role in the continental policy formulation processes and will communicate its views and positions through the African Union Commission.

The Agreement was first signed at the 10th Extraordinary Summit of the AU Assembly on March 21, 2018 in Kigali.

It entered into force on May 30, 2019. Currently, the AfCFTA is in force but not implemented.

In just three months, however, if all goes according to plan, Africa will start trading under the AfCFTA, on January 1, 2021, upon completion of rules of origin and tariff negotiations.

Miriam Mondosha, Manager SMEs and market access at the regional body noted that the agreement provides significant opportunities for the private sector which calls for coordination at the continental level through the formation of the African Business Council.

She said: “This will facilitate having a common voice towards resolving policy and policy challenges that may hinder businesses to take full advantage of the opportunities brought about by the agreement.”

According to the EABC, the AFCFTA will promote industrial development as companies will have economies of scale and access to cheaper raw materials due to the reduction in tariffs, which will also lower the prices of imported goods for consumers.

“Currently, intra-Africa trade is limited to 15 percent of Africa’s total trade, indicating that the intra-regional value chain is very weak in contrast to Asia, where it stands at 80 percent,” said Mathuki.

“The trade volume in Africa is also constrained by the relatively slow economic growth in the continent, which averages at 4.6 percent since 2000 in contrast to Asia’s 7.4 percent.”

The AfCFTA’s benefits could be considerable, it was noted, only if implementation proceeds fully and evenly.

Commenting about the regional business group’s desire for the region to fast track negotiations of the Agreement in line with private sector positions, Manasseh Nshuti, Minister of State in charge of EAC affairs, told The New Times that the EABC have a point for they are the beneficiaries of AfCFTA.

Nshuti said technical teams are working on this “and Ministries of Commerce in EAC are on it” as well.

The Minister added: “It is important to put pressure on each EAC partner state’s Ministry of Commerce to do their part so that, as a region, we fast track the negotiation of AfCFTA so that it is in line with private sector positions.”

The AfCFTA is a framework agreement, covering trade in goods and services, investment, intellectual property rights and competition policy.

Protocols on trade in goods, trade in services, and on rules and procedures on the settlement of disputes are currently being negotiated in phase one. The second phase of the negotiations will cover investment, competition and intellectual property.

For AfCFTA, Mondosha noted, most commentary has focused on country ratifications, drawing attention to how quickly the 22 needed for enforcement were secured.

But, she added: “This has overlooked the negotiations which will be required to determine how products will be classified – whether fully-liberalized, sensitive, or exempt – both within the EAC and between the EAC and continental counterparts; the latter process might be drawn-out.”

Furthermore, she said, it is important to note that Burundi, South Sudan, and Tanzania have not yet ratified AfCFTA. (New Times)