A flagship project of the African Union’s Agenda 2063, the African Continental Free Trade Area creates a market of 1.2 billion people with a combined GDP of $3 trillion.

The Secretariat of the African Continental Free Trade Area (AfCFTA) has officially opened in Accra, Ghana, a major milestone in the full implementation of the free trade agreement.

Trading under the AfCFTA that was originally planned for 1 July 2021 and delayed because of the COVID-19 pandemic will now begin in January 2021, according to the African Union.

Ghana’s President Nana Addo Dankwa Akufo-Addo handed over the Secretariat to the Chairperson of the African Union Commission, Moussa Faki Mahamat, at a ceremony in Accra, on 17 August.

President Akufo-Addo also announced at the event the provision of a residential accommodation to serve as the official residence of the Secretary-General of the AfCFTA.

While the operationalization of the Secretariat was postponed due to the COVID-19 pandemic, the same pandemic has also magnified the urgent need for speed to accelerate economic integration on the Continent.

He said that Africa’s prosperity depends largely on intra-African trade. “Increase in trade is the surest way to deepen regional integration in Africa.

“We are now the world’s largest free trade area since the formation of the World Trade Organization, and we must make it count,” enthused the president. 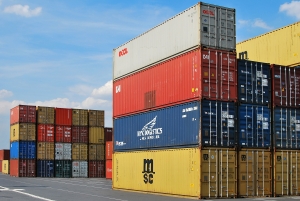 A market of 1.2 billion people and a combined GDP of $3 trillion offers “a huge opportunity to exploit the abundant wealth and resources of our great continent for the benefit of all our people,” he said.

Despite the devastating effects of COVID-19 on African economies, AfCFTA Secretary-General Wamkele Mene said an opportunity exists to establish robust supply and value chains for Africa as well as diversify the continent’s productive capacity.

He added that Africa must respond to the current challenges to the multilateral trading system by consolidating and advancing “our continental market integration objectives, through the AfCFTA.

The Chairperson of the African Union, South Africa’s President Cyril Ramaphosa, said in a statement read on his behalf in Accra that COVID-19 has “exposed the entrenched inequalities between men and women and the plight of women and girls with regard to gender-based violence, particularly domestic violence.”

President Ramaphosa maintained that education and economic empowerment of girls and women in Africa must be prioritized.

He expressed regret that a significant drop in revenue as a result of the pandemic has forced countries into high levels of debt, “which have increased to roughly US40 billion annually, driven higher by the depreciation of many African currencies in 2020.”

Mr. Mahamat commended Ghana for hosting the Secretariat, adding that “Ghana is a historical trading centre for gold, cocoa, timbers and other valuable goods, and remains an important center of commerce on the continent and beyond.”

“While the operationalization of the Secretariat was postponed due to the COVID-19 pandemic, the same pandemic has also magnified the urgent need for speed to accelerate economic integration on the Continent,” he said.

Ghana’s Minister for Trade and Industry Alan Kyerematen listed the benefits of a free trade area in Africa, including increasing by up to 52% intra-African trade by 2022, consolidating currently fragmented markets, economies of scale, value addition to Africa’s natural resources and economic diversification.

Mr. Kyerematen reiterated that the establishment of a Free Trade Area for Africa is “the first major building block for the African Economic Community, after which we expect to transition into a Customs Union before reaching our ultimate goal.” (Africa Renewal)