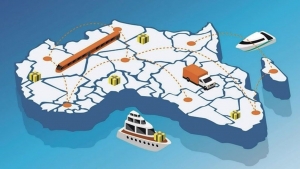 Kenya is among seven countries selected to pilot the continental free trade area that seeks to unlock the movement of goods and services in Africa.

The country has been picked among six other nations to start trading under the African Continental Free Trade Area (AfCFTA) framework that will see these States conduct business without being subjected to tariff barriers.

“The initiative seeks to demonstrate that AfCFTA is functioning and send a political message to countries that are yet to submit their provisional schedules of tariff concessions in accordance with agreed modalities,” said AfCFTA council of ministers.

Kenya was among the seven countries selected from the 36 that had expressed interest in trading under the pilot phase.

The pilot phase means that Kenya will now begin to access markets in West and Central Africa on preferential rates in trading with countries such as Tunisia, Cameroon and Ghana which are in a different economic bloc.

Kenya will trade selected products cutting across agro-processing, manufacturing and construction materials and automobiles. These goods will include textiles, milk, cheeses and horticulture products.

Countries picked to participate in AfCFTA Initiative on Guided Trade were announced during the 9th meeting of the AfCFTA Council of Ministers in held in Ghana on Monday.

Trading under AfCFTA started officially on January 1, 2021, but it could not be effected as problems regarding rules of origin remained unresolved, making it difficult to identify products that could enjoy the preferential tariff regime under the agreement.

So far countries have adopted an AfCFTA tariff offer that allows them to trade certain goods outside their economic bloc.

Each trading bloc has been having their own Common External Tariff, which it charges on goods coming outside a given region. For instance, EAC charges up to 50 percent duty on goods being shipped from other regions

Kenya was the first country in the eastern Africa region to ratify the trade deal after the National Assembly adopted it.

AfCFTA, the largest free trade zone in the world, covers 54 African countries, 43 of which have already ratified the agreement, with 39 state parties officially recognized, including Rwanda.