President Paul Kagame has said that even with the current trading under the African Continental Free Trade Area (AfCFTA) agreement, there is need to tackle a number of things, especially non-tariff barriers. The head of state was speaking in Davos, Switzerland at a breakfast gathering of African leaders and friends of Africa on the AfCFTA and the bloc’s role in fast-tracking economic growth and transforming the continent.

The ceremony is part of sideline events at the ongoing World Economic Forum (WEF) Annual Meeting that kicked off Monday, May 23. President Kagame said that for so many decades in history, there have been African leaders who tried to unite Africa, and also making sure that the continent can also trade within itself and
countries with each other among others.

“But it never worked for a long time for different reasons because of course some forces both within Africa and outside preferred to have the continent’s markets fragmented and they just kept using one against the other,” he said. However, President Kagame observed, with time, there was a huge improvement that Africa accepted reforms and also accepted that first, we need to have even private sector-led economies where the private sector started taking center stage. 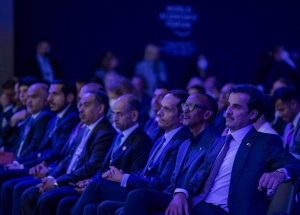 “2015 is when really there was revitalization of this need to see Africa strengthen ourselves in unity, work with each other more and trade, and increase what the trade should be on the continent,” the head of state said. Within and Beyond Africa AfCFTA as a trading bloc, hinges not just on doing business only within Africa, but also Africa with the rest of the world.

This, Kagame pointed out, is part of the efforts to ‘really’ make it a full reality, which he cited that it had not achieved yet. “We need to tackle a number of things, especially in the area of non-tariff barriers where there is still slowness, we could move faster,&#39;&#39; he said, adding, “This is for me the most important thing, the fact that we have it but it is not working fully to our satisfaction.”

“We need to do more and we can do more. There is a lot we can do and allow free movement of people, goods, and services, these small things matter a lot,” Kagame asserted. Kagame went on further to suggest visa restrictions or removal of those restrictions and so on, to allow young African people who constitute the biggest majority of the continent’s population.

“We need to really show the political will and put it to work and make sure that things work because they’re working for us in the end. And then when they have worked for us, we work very well with the rest of the world to our benefit,” he said. Bringing together over 50 heads of state among the 2000 leaders and experts after two years without in-person events, the forum is centered around the theme “History at a Turning point: Government Policies and Business Strategies,” which comes against the backdrop of the Covid-19pandemic.

Leaders are also expected to address urgent humanitarian and security challenges as they simultaneously advance long-standing economic, environmental and societal priorities – all while reinforcing the foundations of a stable global system.

Local Firms Urged to Tap into AfCFTA
Scroll to top