The Economic Commission for Africa (ECA) on Wednesday participated in the Annual Ministerial Meeting of Foreign Ministers of Landlocked Developing Countries and highlighted the need for sustained and consistent support to LLDCs on the African continent.

In her remarks, ECA Executive Secretary Vera Songwe said Africa is home to the majority of the world’s LLDCs which continue to face peculiar trade and development challenges arising from their lack of territorial access to the sea and geographical remoteness from international markets affecting their quest for economic development.

“LLDCs suffer from lack of competitiveness of both their exports and imports, as well as reduction in the purchasing power of their populations, leaving them worse off in comparison to non-LLDCs,” said Ms. Songwe.

She said if ever there was a time when multilateralism was needed, it was now, especially as the dreaded coronavirus continues to rear its ugly head the world over affecting global supply chains.

“We need multilateralism to provide consistent and sustained support for the LLDCs. They have more special needs than non-LLDCs,” said Ms. Songwe, adding the COVID-19 had underscored the need for a strengthened multilateralism going forward. 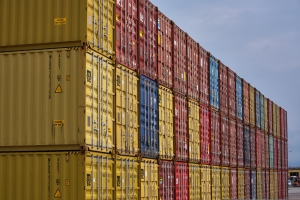 “Africa’s infrastructure deficit, including resultant high costs of logistics, remains a primary constraint to growth. Regarding energy infrastructure for example, only 30 per cent of people living in the African LLDCs had access to electricity in 2017, lagging behind all LLDCs and the world.”

The ECA Executive Secretary said the poverty headcount ratio was high in African LLDCs with an average of 55.8 per cent as compared to the average of all non-LLDCs African countries at 8.4 per cent.

Ms. Songwe called for accelerated actions and interventions towards addressing the special challenges associated with being landlocked to ensure these countries are not left behind.

She said COVID-19 compounds the dire realities of African LLDCs but added there were also opportunities to build back better after the pandemic. The ECA Chief said the African Continental Free Trade Area (AfCFTA) was key in helping address some of the challenges facing LLDCs, in particular adding value to products; creating jobs and ensuring peace and security in those countries.

Ms. Songwe said leveraging digital technologies would be key in ensuring the integration of LLDCs in global value chains. She also spoke about the importance of the digital ID for the populations of Africa’s LLDCs; gender equality; energy; and education.

For his part, the UN Secretary-General, António Guterres, said the UN stands ready to support landlocked nations in COVID-19 recovery.

He called on landlocked developing countries to implement six key principles for a climate positive recovery: investing in green jobs and sectors; not bailing out polluting industries; ending fossil fuel subsidies; accounting for climate risks and opportunities in all policy and financial decisions; working together; and leaving no one behind.

“The UN system will continue to support you in your efforts to realize sustainable, inclusive development for your people as you respond and ultimately recover from the COVID-19 crisis,” said Mr. Guterres.

President of the General Assembly, Vulcan Bozkir, called on the foreign ministers to re-energize collective efforts to achieve the SDGs through the Decade of Action.

The high-level virtual meeting on the sidelines of the UN General Assembly, was convened to review progress in the implement of the Vienna Programme of Action for the landlocked developing countries for the decade 2014-2025 – the landmark development framework to tackle the special circumstances of the landlocked countries and facilitate their integration into the global economy.

It also provided an opportunity for ministers and senior government officials to share knowledge, experiences, and suggest recommendations and opportunities for accelerating the 2030 Agenda. (United Nations Economic Commission for Africa)