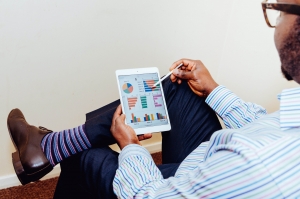 When countries officially started trading under the AfCFTA in January this year, officials said that phase 1 negotiations covering trade in goods and services would be fully wrapped up by July.

As reported by Reuters at the start of the year, Silver Ojakol, chief of staff at the AfCFTA secretariat, said nearly 90% of the rules of origin had been agreed by that stage and that the remaining 10% would be completed by this month.

Rules of origin are crucial, and will have a material impact on how African companies trade with counterparts across the continent. There are thousands of tariff lines, and these rules will specify for each whether a product can be categorised as “Africa made” and eligible for tariff concessions.

However, the deadline for finalising the criteria is fast approaching and analysts say will likely be missed with countries still at odds over rules of origin on dozens of goods.

Stefano Inama, a trade and customs expert at the United Nations Conference on Trade and Development (UNCTAD), tells GTR that there is some disagreement between governments over rules of origin for products in a few “sensitive sectors”.

Pointing to countries such as Egypt and South Africa, Inama says that certain governments harbour concerns that lax rules of origin could ravage their domestic manufacturing sectors, including textiles, clothing and automotives.

One fear is that companies will undercut their domestic industries by importing cheap parts or materials from abroad.

“With less stringent rules of origin, they are afraid that other countries will buy inputs from third countries such as China, carry out some manufacturing, then export to South Africa and Egypt, creating problems for their industries,” he notes.

With tariffs expected to be reduced or slashed altogether on 90% of goods traded in Africa by 2030, the African FTA is expected to drive up historically low levels of intra-African trade.

According to the World Bank, if successfully implemented, the deal could boost regional income by 7% or US$450bn by 2035.

Experts suggest that overly stringent rules of origin requirements may also be a hindrance to countries and their companies and lessen the impact of the FTA.

Although UNCTAD is yet to carry out full analysis on rules of origin under the AfCFTA, Inama says that the rules of origin agreed so far appear to be stricter than those used by countries through their regional economic agreements, or in economic partnership agreements with the European Union.

As such, in terms of preferential tariffs and rules of origin, African companies may in fact find it cheaper and easier to export to third markets such as the EU.

Companies in Zimbabwe or Madagascar could well prefer to trade with counterparts in Europe over other firms in Africa, for instance, given their access to the EU market through a trade deal struck between the Eastern and Southern Africa bloc and Brussels.

Inama suggests that too-stringent rules of origin may also deter local and foreign direct investment, which in turn could limit the expected growth of Africa’s manufacturing and agri-processing under the AfCFTA.

“The big gain to be borne from the FTA is that foreign companies may invest in local industries and export into Africa. But if you have a more stringent rules of origin based in Africa, and you have a free trade agreement with a regional bloc on the continent, you’d likely remain in Europe and export from there.”

According to the United Nations Economic Commission for Africa, negotiations on the second and third phases of the AfCFTA, which focus on investment, intellectual property, competition and e-commerce, are expected to commence later this year. (Global Trade Review)