The finalisation of all these protocols, especially the phase II protocols, will greatly contribute to deepening economic integration in Africa. Mr Wamkele Mene, Secretary-General of AfCFTA Secretariat, speaking at the Chatham House Members Event, said with these additional protocols, “we are further transforming the continent by removing physical and commercial barriers that have hitherto hindered trade among our countries.” The event was on the theme: “Implementing the African Continental Free Trade Area: priorities and prospects.” He said concluding the outstanding negotiations and protocols -phases I and II in full, would create robust implementation of the Agreement.

Mr Mene said regarding the outstanding negotiations on the rules of origin, while significant progress had been made with agreement of 87.7 per cent of tariff lines. He said this meant that the AfTFCTA had now defined for each of them what constituted the minimum African content for a product to be traded among countries of the continent based on preferences. “It is critical that the outstanding 12.3 per cent is completed as soon as practicable,” he added. 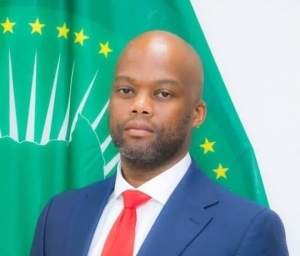 The Secretary-General said the main challenge to concluding the negotiations had to do with the differences in productive capacities of Member States. Thus, while some countries favour a low local content, using products with significant imported content from outside the continent, with minimal assembly on the continent, others prefer
higher local content.

He said another priority was to finalise work on the AfCFTA Adjustment facility, and an AfCFTA SME Financing Facility to catalyse access to finance for SME business activities. The Secretary-General said this was to ensure that the market access that the agreement created was not taken advantage of only by the big corporations on the African continent, but that the SMEs, women, and young Africans in trade, could also grow their businesses in support of trading under the AfCFTA.

“The political will and the level of cooperation in Africa regarding our continental integration has
been phenomenal,” he added. He said as the continent transitioned from the COVID-19 pandemic to a new normal marked by renewed efforts at continental integration “our ambition is to work together to strengthen our regional cooperation and integration including through digitalization.” He said this would enhance intra-African trade; build resilience to future crises; and ensure the continent emerges more connected, and more inclusive. Mr Mene said there were good reasons to be optimistic about the prospects of the continent and the building of a resilient post COVID-19 trade and investment environment.

The continent’s youthful and innovative population, its growing middle class, its value addition to the abundant natural resources and its improving governance systems should give us reason to be confident about the future of the continent. The Secretary-General said the success of the continental integration would ultimately depend on the equitable distribution of the gains, ensuring that no group, sector, or country felt marginalised or excluded from the benefits of Africa’s continental integration.

It would help to address the root causes of conflicts, give hope to our citizenry, and set the continent on the road towards prosperity, seizing this century. He said given the progress thus far in the implementation of the Agreement, and the ongoing supporting initiatives and reforms, coupled with the renewed strong political will and commitment, the prospects of the AfCFTA were great.