The African Continental Free Trade Area agreement could have negative impacts on South Africa’s trade, labour force and micro, small and medium enterprises, according to a draft document prepared for discussion at the ANC’s upcoming policy and national conferences.

Adraft ANC policy document, which was among several discussed at the ANC’s national executive committee meeting earlier this week, envisages greater cooperation with the private sector and signals a departure from its previously somewhat more hostile stance towards business.

The document could still undergo changes before being made public. Whereas the ANC and the government have thus far mostly voiced support for The African Continental Free Trade Area agreement (AfCFTA), which came into operation at the start of last year, the document warns that there are some negative consequences for South Africa in the short to medium term due which came as a result of unequal levels of development.

According to the document, “the ‘asymmetrical’ trade liberalization approach adopted to support vulnerable and [least developed countries] means that South Africa will be removing tariffs and trade barriers to about 90% of its goods and services without reciprocity from those countries, some [of which] have up to 15 years to remove their respective trade barriers”.

The agreement could also “have a negative impact on less skilled labor in the short and medium-term, especially if low-skill sectors were originally protected [by tariffs]”. 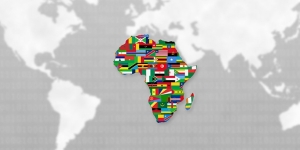 Lastly, it says the agreement could have “adverse effects on many economies” because when there is more competition, micro, small and medium enterprises and small-scale farmers could be threatened “because they have higher trading costs than bigger companies and consequently face financial challenges to compete with greater firms”.

Whereas the agreement was initially billed as something that could benefit smaller businesses, it now appears that the agreement could benefit larger companies instead. The discussion document notes that South Africa’s participation in the AfCFTA is in line with what the ANC has envisaged in its policy documents, going as far back as the 1992 Ready to Govern Policy Document document and the 1994 Reconstruction and Development Plan (RDP), which envisaged that South Africa would “deepen its trade relationships with its neighbouring African
countries, particularly within the Southern African region”.

This called on the government to develop “procedures for revising tariffs and export incentives”. South Africa signed the AfCFTA in 2018. It is billed to connect the 1.3 billion population and combined $3.4-trillion GDP of African countries into the world’s largest free trade area.

It is designed to favour small, vulnerable economies and least developed countries and seeks inclusive participation of African states in “regional productive value chains” to industrialise the continent. The draft discussion document states that, although the ANC’s development goals for the country will remain guided by the National Development Plan, it has become clear that the goals stipulated in the plans — for 2030 — will not be achieved. “It would be important to reset our time frames (sic) and refocus on our key economic goals,” it says.

The document also makes a number of proposals that mark a departure from the ANC’s current policy, and which could see heated debate. These include a new model for state-owned enterprises which could include private ownership — the “era of bail-outs for SOEs is over,” the document states and greater funding of infrastructure by private businesses. It also proposes that land reform could be accelerated through land donations by farmers and the setting up of a fund, to which companies and individuals can donate, to provide financial assistance to beneficiaries.
Without apportioning or accepting blame, the document states that there has been a “failure to deliver on the promise of a more equal and prosperous economy for most South Africans” and that this has “led to widespread anger and disillusionment with democratic processes”.