The African Continental Free Trade Area (AfCFTA) agreement became effective in January 1 this year, rekindling the feelings African countries had immediately after independence from colonial powers. These feelings also emanate from recent experiences in Asia that societies can create prosperity for their people by re-organizing their economies.

However, immediately after independence many leaders chose to centrally manage the economies. Others like Kenya chose to embrace a mixture of central planning and a market economy. And virtually every African country failed to organize its economy for greater prosperity.

Some African leaders, even those who have contributed to its economic failures, have been spearheading the narrative that at independence our economy was better than Korea. But they have never told us how Korea’s economy is now better than Africa.

What lessons can we learn in the past six decades since independence? That politicians took charge of most economic decisions, heralding an era of populist decisions in Africa like price and rent controls that effectively stifled investments to date. The decisions also opened opportunity for rent seeking and blatant corruption. And politically connected companies were the only ones that could get the licenses to produce or import essential products. 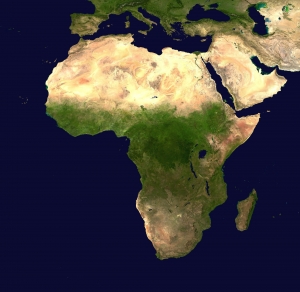 In an attempt to create politically engineered monopolies, price could no longer regulate the demand and supply of any product. Instead, new problems emerged. These included poor product quality, shortages, rationing and black markets. As a result, local manufacturers began to collapse. A thriving textile industry collapsed as the rich imported used clothing.

Although Africa controls 60 percent of arable land globally, it has become a net importer of food simply because food has also been politicized. Corruption has made it possible that we can import grain that can easily be grown in the tropics. These and other issues should take the center stage as we usher the era of renewed trade relations in Africa.

To sustain hope therefore, we must take advantage of this emerging opportunity by correcting past mistakes. The African Union (AU) must commit to succeed in this endeavor by leveraging technology.

The success of AfCFTA depends on how much we embrace the concept of digitalization (the process of integrating digital technologies into everyday life) on virtually everything we do. The idea of digitalization is driving the emerging fourth industrial revolution (4IR). Some of the key technologies like the Internet of Things (IoT), Artificial Intelligence (AI), Blockchain and Big Data must be central to the monitoring and evaluation on the performance of intra-Africa trade.

Through these technologies, the continent can capture the trade movements across the continent, international trade data and capital movements, fiscal statistics and more importantly, food production and consumption, in order to understand the supply chains and exploit the continent’s land and labor resources. It is through data that the continent can make strong arguments against European subsidies that undermine local production and even address issues affecting our local market. The imported French onions in the streets of Yaoundé which cost far less than the locally produced ones, for example.

I also see the role of AfCFTA as a think tank to bring Africa’s competitiveness to the global stage and negotiate on behalf of its member countries.

More often Africa loses out at international trade deals such as at the World Trade Organization because of divisions along colonial domination. With AfCFTA now operating, Africa from now on must speak as one in such form.

Clearly, the new market of 1.3 billion people across the continent with a collective GDP of $3.4 trillion presents an opportunity. It will be the economic decisions that we make that can unlock the opportunity. (Business Daily) 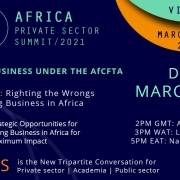 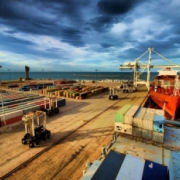 How Emerging Markets Will Shape Africa in 2020 (WEF) 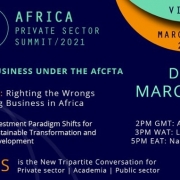 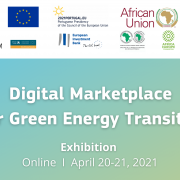 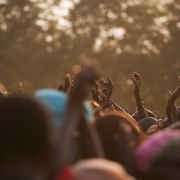