Image by Shutterbug75 from Pixabay

Negotiations are currently underway between member states of the African Continental Free Trade Area (AfCFTA) to complete rules of origin for the agreement by the June 2021 deadline.

The remarks were made by Ehab Fathy, Head of Rules of Origin Department for African Countries at the Ministry of Trade and Industry, during a virtual seminar on Tuesday.

During the seminar, organized by the Egyptian Furniture Export Council, Fathy added that rules of origin have been finalized for more than 81% of the total commodity items.

Fathy added that 18%-19% of rules of origin are currently being negotiated, which relate to some commodity items that have not been agreed upon, namely fish and crustaceans, leather, clothes and textiles and cars.

This also includes some other items that have not been agreed upon, including: dairy products; vegetable and animal oils and fats; meat or fish preparations; sugar; preparations of vegetables and fruits; food residues; tobacco; cotton; and clothing and textiles.

All rules of origin for the wooden and furniture industries sector have been completed, he disclosed, adding that the foreign component does not exceed 60% of value of product. 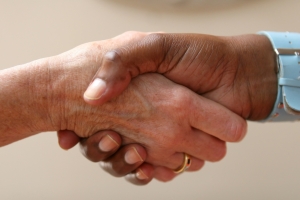 Noha Nofal, Head of Regional Agreements at Egypt’s Ministry of Trade and Industry, said that 82% of the furniture and wood products sector come on the first list of non-sensitive goods.

This will be gradually exempted from customs duties over a period of five years under the AfCFTA agreement.

Nofal pointed out that the implementation of the agreement was started on 1 January 2021 according to the principle of reciprocity.

She noted that the commodity trade was divided into three lists, with the first list relating to non-sensitive goods and comprising 90% of customs tariff items. For these, countries will gradually reduce for a period of five years for developing countries, and 10 years for the least developed countries.

She added that the second list for sensitive goods includes 7% of customs tariff items, and is represented in goods that countries need to protect their industries. The gradual increase in customs duties will be over 10 years for developing countries and 13 years for the least developed countries.

Meanwhile, the third list includes excluded goods, which represent 3% of customs tariff items, which will be reviewed every five years. (Daily News Egypt)

Photo by Jorge Gardner on Unsplash