Image by Thanasis Papazacharias from Pixabay 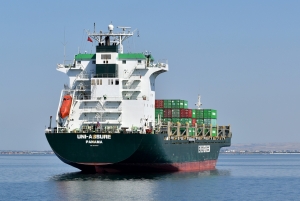 The executive secretary of the African Continental Free Trade Area (AfCFTA), has proposed to African heads of state that trading under this framework starts in January 2020, according to an official.

Trading under the AfCFTA agreement was due to commence on July 1, 2020, but as a result of the Covid-19 global pandemic, this date was postponed.

“There is a proposed launch date, January 2021. It has not been made official but it is believed that an expected AU Summit in November, Heads of State will confirm the new launch date,” Louis Yaw Afful, Executive Director of the AfCFTA policy network, told The New Times.

He said that the launch of the continental body, which is aimed at bolstering intra-regional trade, was besides Covid-19, delayed because “there are other important issues to be wrapped up.”

Afful said: “We needed 22 countries to ratify or deposit their instruments of ratification. However, that is not enough. Two thirds of the 54 countries have done that, and we are here, talking about those who have signed. But those who have not ratified, the Arab Maghreb Union, also form a group which will finance the union.”

“We need all of them because they wouldn’t benefit from a deal whose treaty they haven’t yet ratified.”

The other issue, he noted, is that for members who are not yet full members, they need to submit their schedules of specific commitments on trade in services, in line with agreed modalities.

The schedules of specific commitments from each AfCFTA state will effectively reflect the single African services market intended by the Protocol.

AU member states must prepare a schedule of specific commitments which outline what specific treatment each country guarantees to provide to the other.

Here, countries look at things such as market access, national treatment or additional commitments such as standards and accreditation, among others.

“We negotiated all these things and so, there is a need to submit schedules,” he said, noting that “the rules of origin are 90 per cent complete.”

“Again, if we take trade in services, which is a very important part of the whole agreement, few countries have fully completed their schedules and you cannot trade with another partner if your schedule is not ready. These are technical issues that also need to be resolved.”

According to Afful, AfCFTA Secretary General, Wamkele Mene, “made proposals for Heads of State who have, more or less, pushed for the reopening or the launch.”

“In any case, the new office of the AfCFTA Secretariat, which is now here in Accra (Ghana) administratively needs to be completely ready. And, because of lockdown here and there, and border closures, the administrative offices are not fully ready.”

“The building is ready but the staff needs to move in. The SG is virtually working from Addis, in Ethiopia. So, this is also an important area we have to look at.”

The AfCFTA aims to create a single continental market for goods and services, with free movement of business persons and investments, and thus pave the way for accelerating the establishment of the Customs Union. It will bring together all 55 AU member states covering a market of more than 1.2 billion people.

In terms of numbers of participating countries, it is set to be the world’s largest free trade area since the formation of the World Trade Organization.

Estimates from the Economic Commission for Africa (UNECA) suggest that the trade deal can boost intra-African trade by 52.3 percent by eliminating import duties, and to double this trade if non-tariff barriers are also reduced.

In March 2018, African leaders held an extraordinary Summit on AfCFTA, in Kigali, during which the Agreement was signed by majority countries, kicking off the process to establish the trading bloc.

Its operational phase was launched during the extraordinary AU Assembly in Niamey, Niger on July 7, 2019. (The New Times)

Image by Free-Photos from Pixabay ECOWAS holds Regional Meeting on AfCFTA for ECOWAS Institutions and Specialized...
Scroll to top