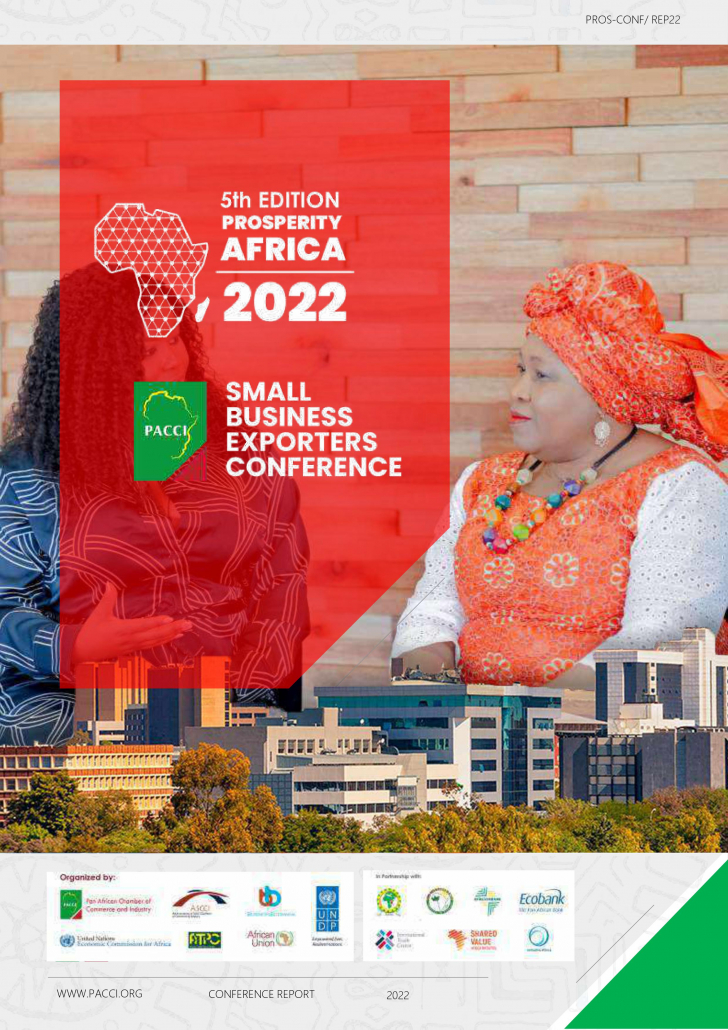 The inaugural Prosperity Africa Conference was launched in 2012 to create a
dialogue and knowledge sharing platform on the pertinent issues experienced by
SMEs across Africa. 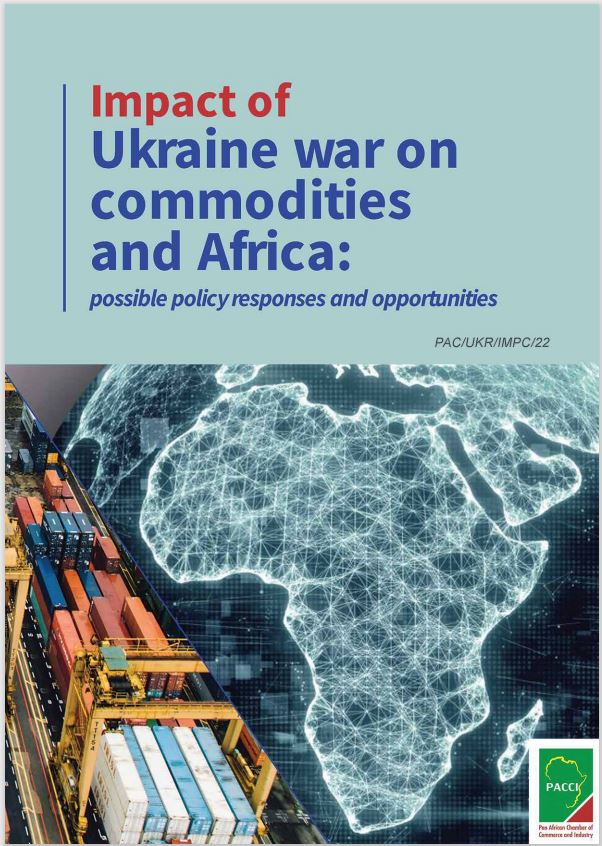 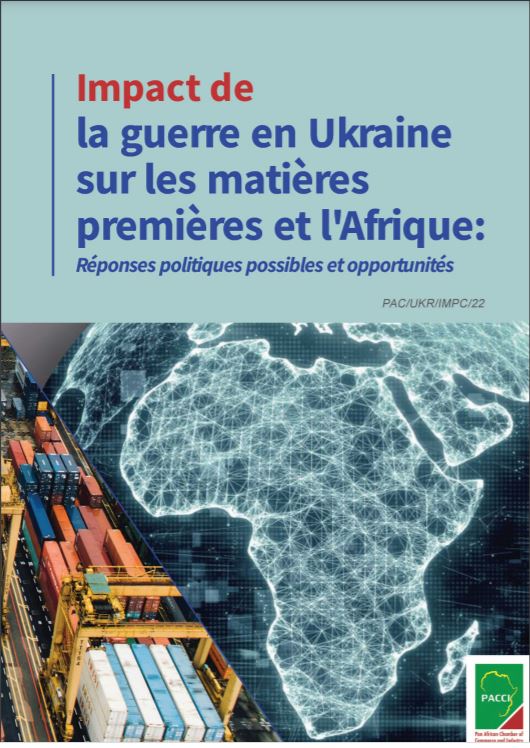 The Russia – Ukraine war is still raging. At this stage it is too soon to measure the war’s full impact on Africa, it is clear that the repercussions will be multidimensional. For now, African countries that are heavily dependent on food and energy imports from Russia are particularly vulnerable to economic shocks as a result of the crisis. Additionally, rising fertilizer costs further compound these increasing food prices.

According to the U.N., Russia is the highest exporter of nitrogen fertilizer and the second-highest exporter of phosphorous and potassium fertilizer globally. African countries that produce fuel and gas such as Algeria, Angola, Cameroon, Republic of Congo, Egypt, Equatorial Guinea, Libya, Mozambique, Nigeria, Senegal, Sudan, and Tanzania should be benefiting from the resulting increase of prices. Given the elevated levels of socioeconomic stress following the COVID-19 crisis and unfolding impacts of climate change, the Russia – Ukraine war is enough to trigger collapse – debt distress, food shortages, domestic production costs increase or blackouts.
Download ENG
Download FRN 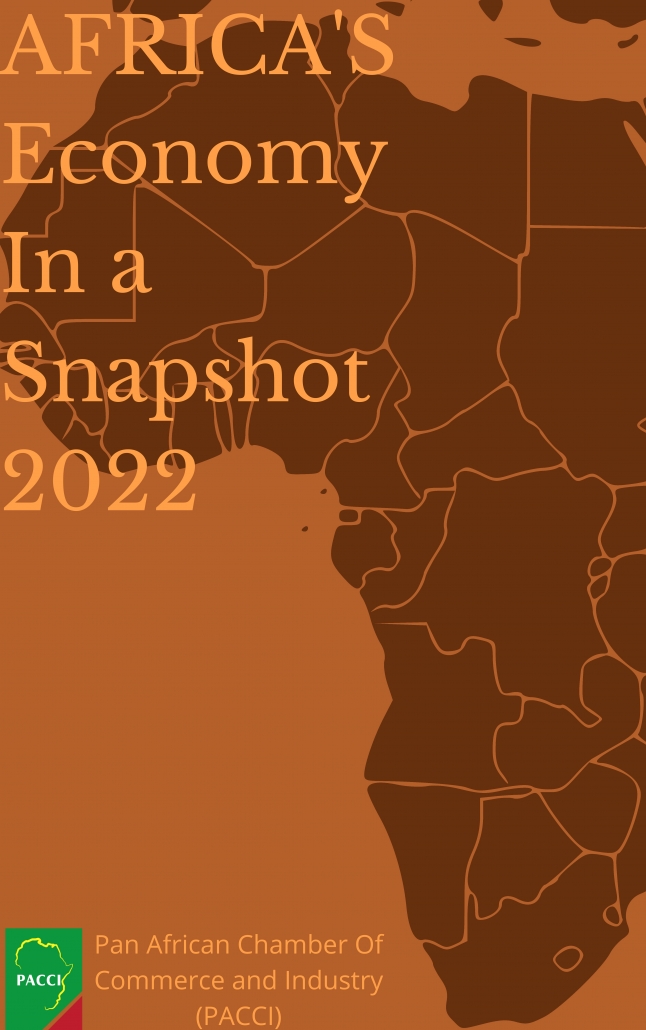 Africa’s Economy in a Snapshot (AfES) was produced by the Pan African Chamber of Commerce and Industry (PACCI) with the aim of providing clear, relevant, and easy-to-digest information on the status of African economies, businesses, and the overall trade ecosystem. With the goal of being Africa’s leading guide to the business environment, AfES presents the most recent available business information compiled from highly respected publications. It is designed to reflect the annual performance of business and changes in the economy.

AfES is composed of individual country factsheets and grouped into five regions as recognized by the African Union. The factsheets will give highlight to the data collected on these countries and the more detailed tables will be in the annex for closer reading. 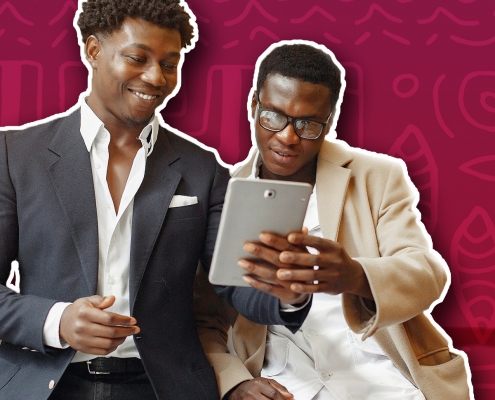 Why participate?
The diverse agenda is an opportunity for SMEs to learn about the platforms that are facilitating trade under the AfCFTA and learn from fellow exporters drawing out best practices for Intra-African Trade. BUSINESS OPERATORS, grab a seat at the table! Contribute to the discussions with policymakers and industry experts to share insights on issues relating to SME capacitation and development, and entrepreneurship capacities.

CONGRATULATIONS TO THE SELECTED BUSINESSES – SEE YOU SOON IN GABORONE! 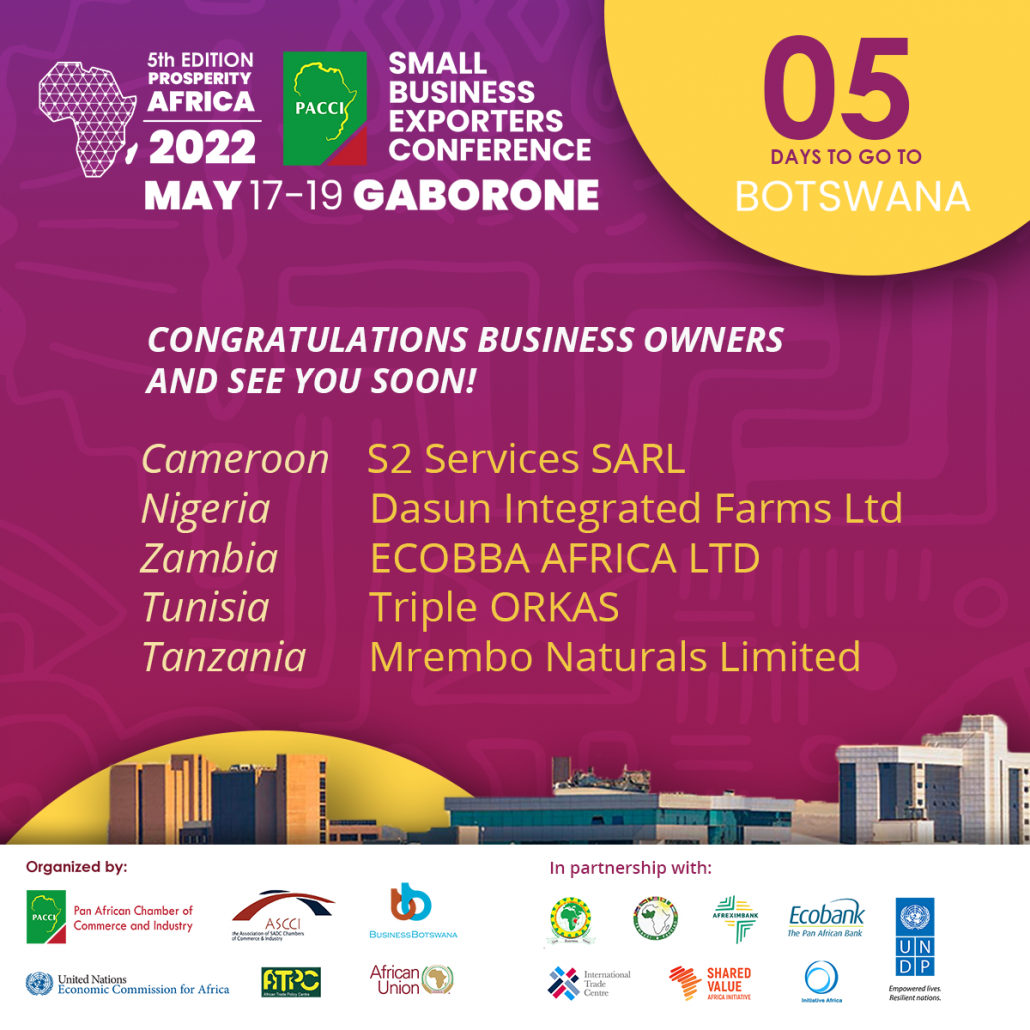 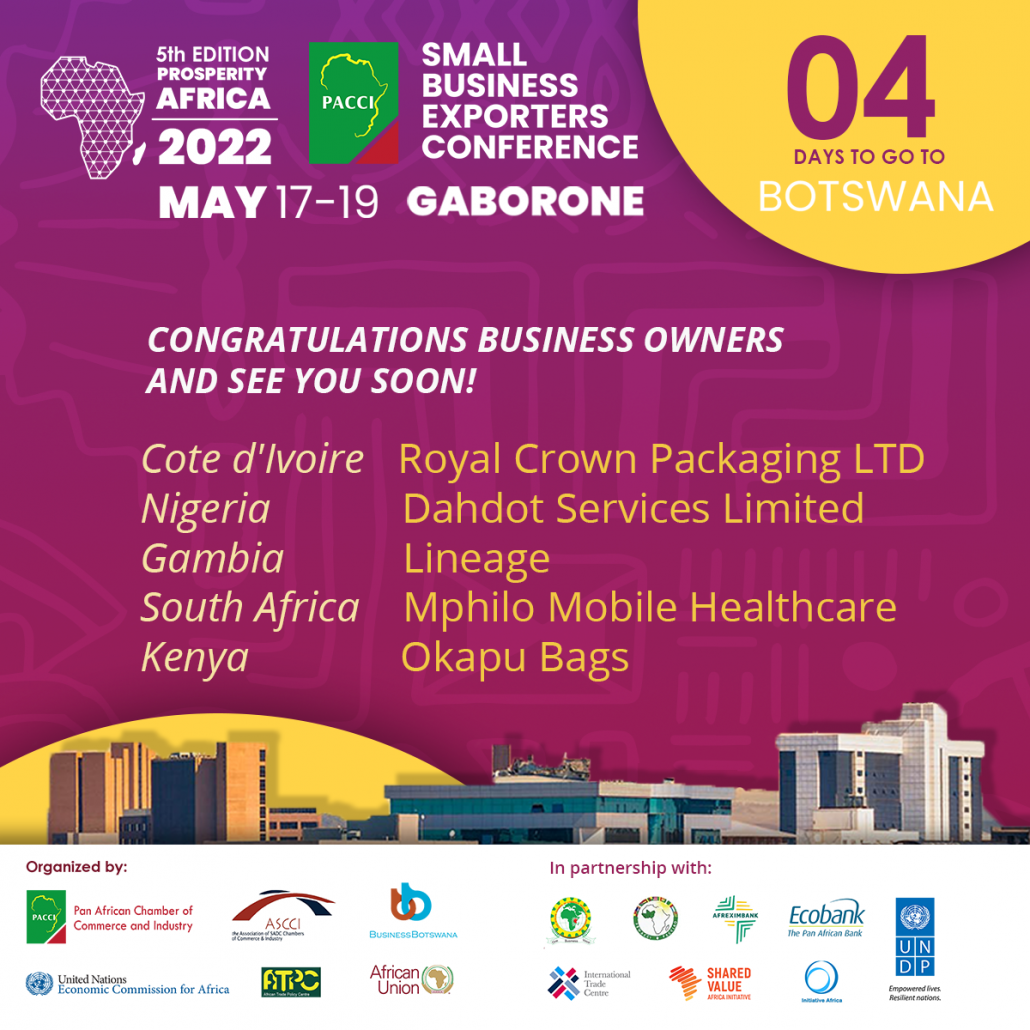 Who is attending?
The private sector, particularly SMEs operating in the continent’s marketplace, Presidents of Chambers, Government officials, Development Partners, and Media to enhance trade and investment opportunities in Africa.

Where are we meeting? As our host from Business Botswana once said – The country built by Diamonds!

The best way to find out is to experience it firsthand!  The economy of Botswana is currently one of the world’s fastest-growing economies, averaging about 5% per annum over the past decade. Botswana’s impressive economic record has been built on a foundation of diamond mining, prudent fiscal policies, and a cautious foreign policy.
Venue: 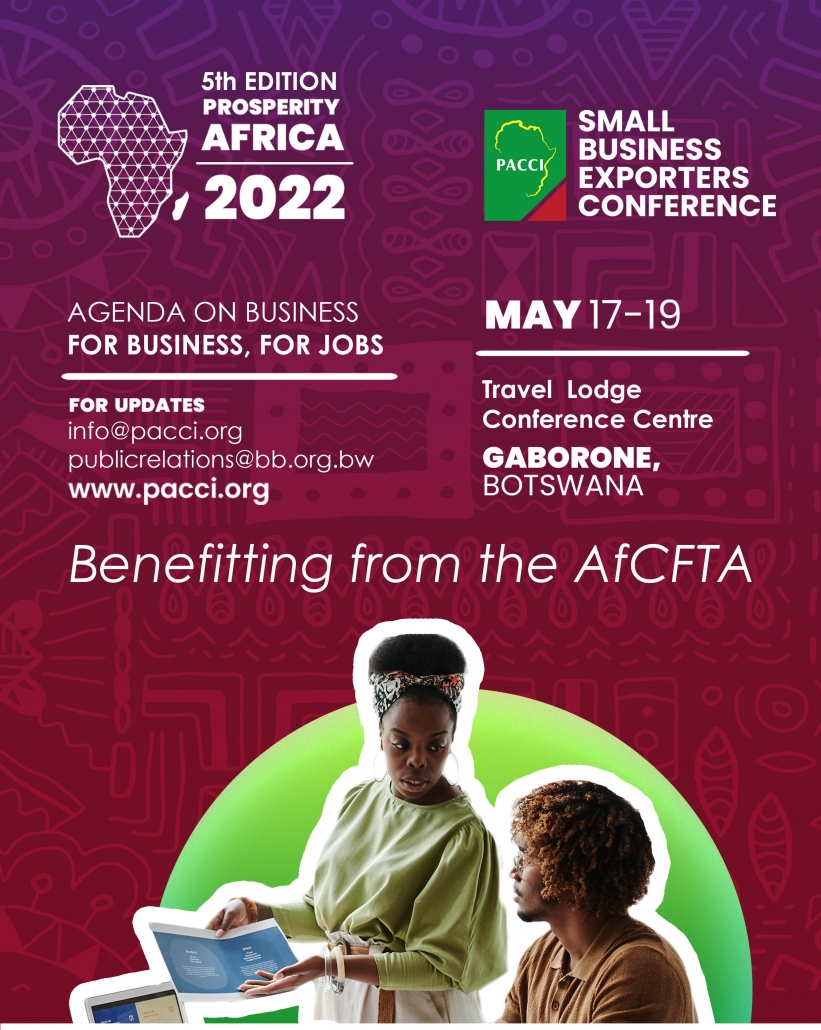 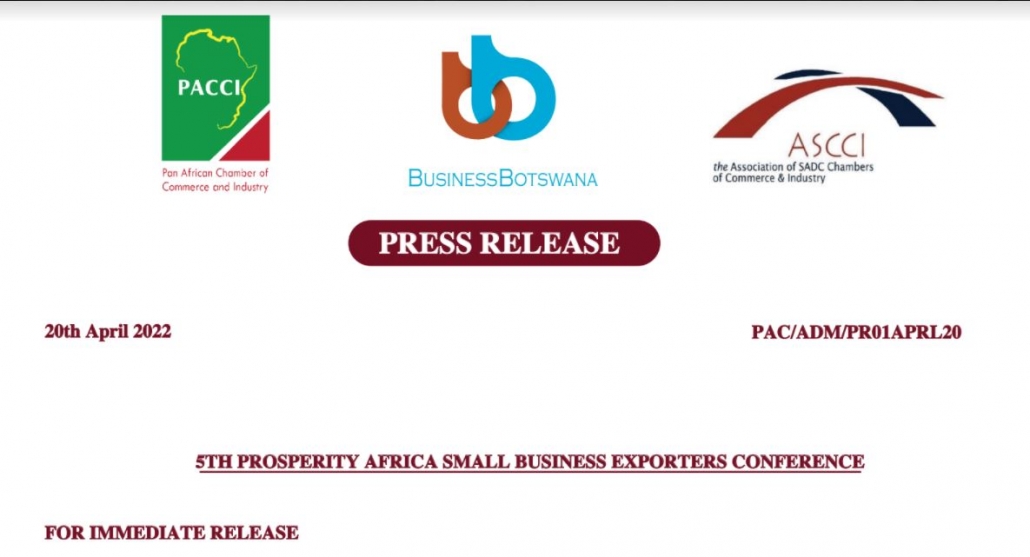 The inaugural Prosperity Africa Small Business Exporters’ Conference was launched in 2012 to create a dialogue and knowledge sharing on pertinent issues experienced by SMMEs.

The conference will be held from May 17 – 19, 2022, at Travelodge under the theme Benefiting from
AfCFTA. 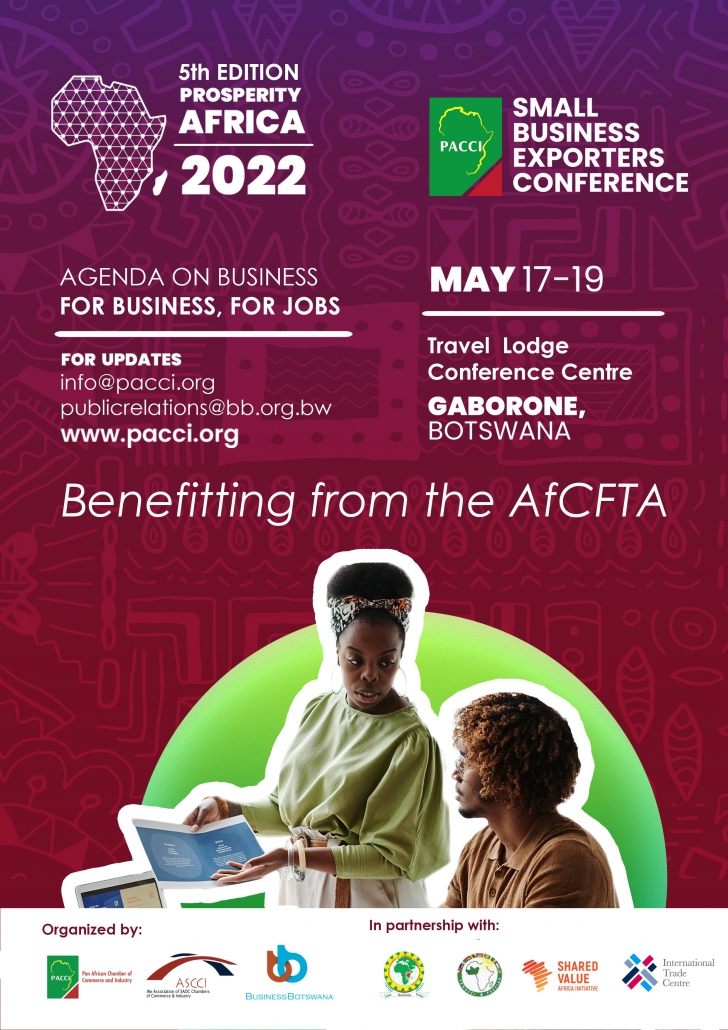 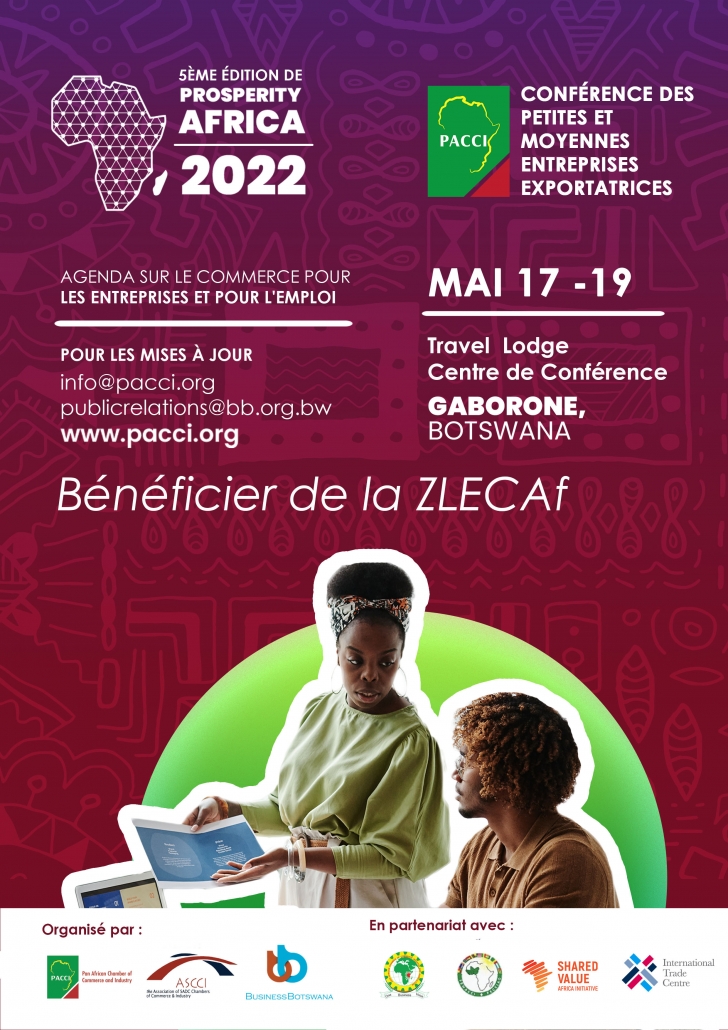 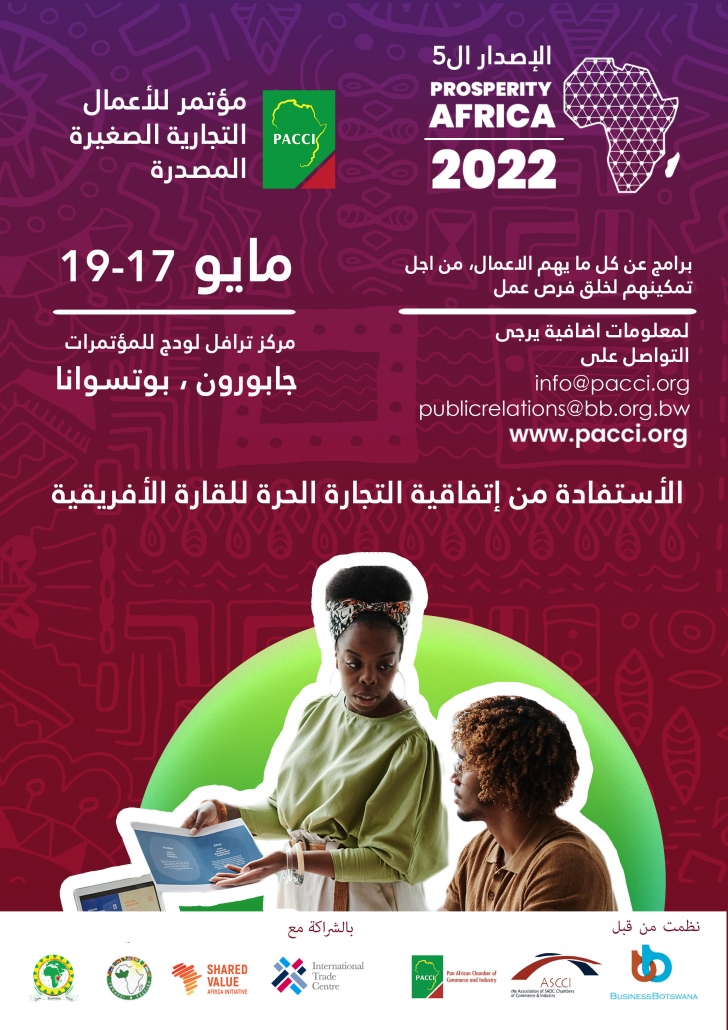 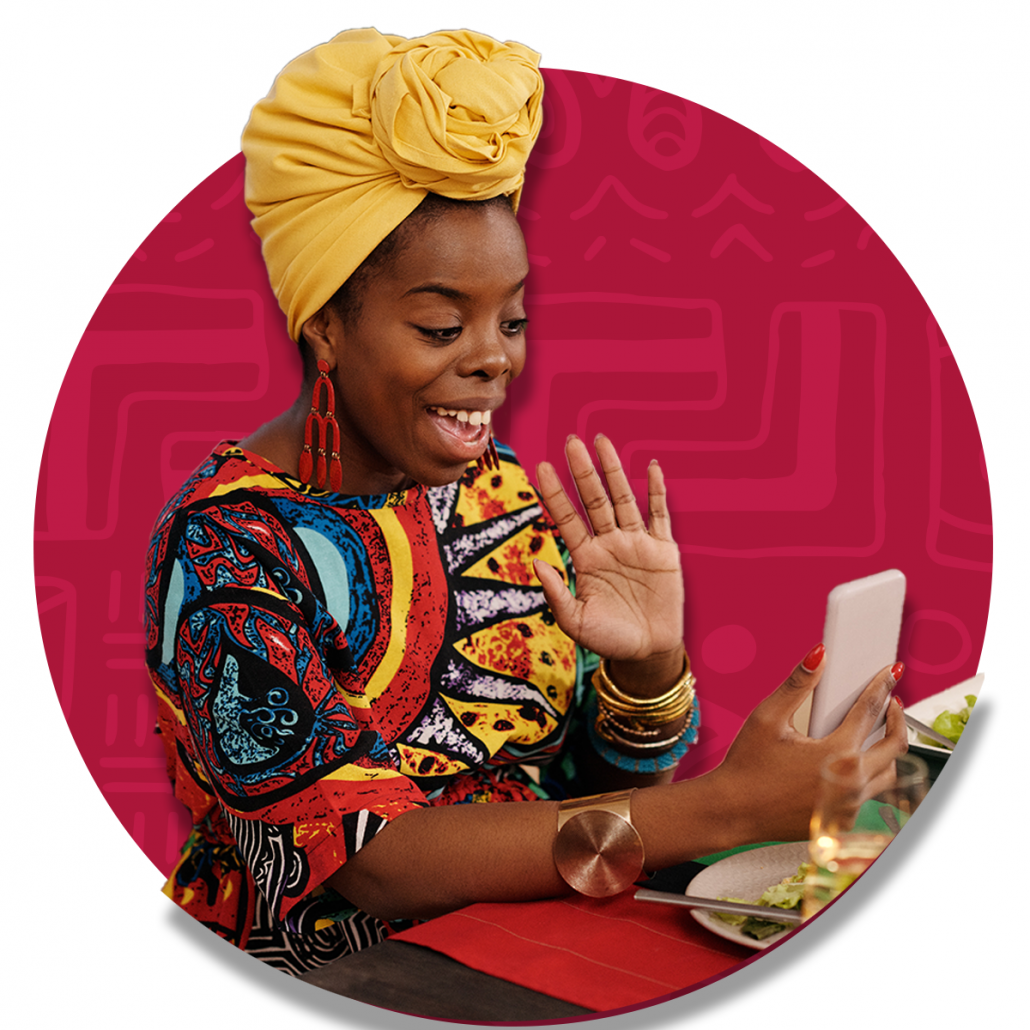 The (FREE TO ATTEND) Hybrid Conference will be held on 17- 18 May, with an optional one more day to visit exporting companies in Botswana.

It is envisioned that through knowledge exchange and learning among international participants involved in SME export trade and the sharing of innovations, this symposium will identify best practices and develop recommendations to eliminate bottlenecks and maximize the potential of SMEs for the achievement of the AfCFTA.

The overall objectives of this conference are to: 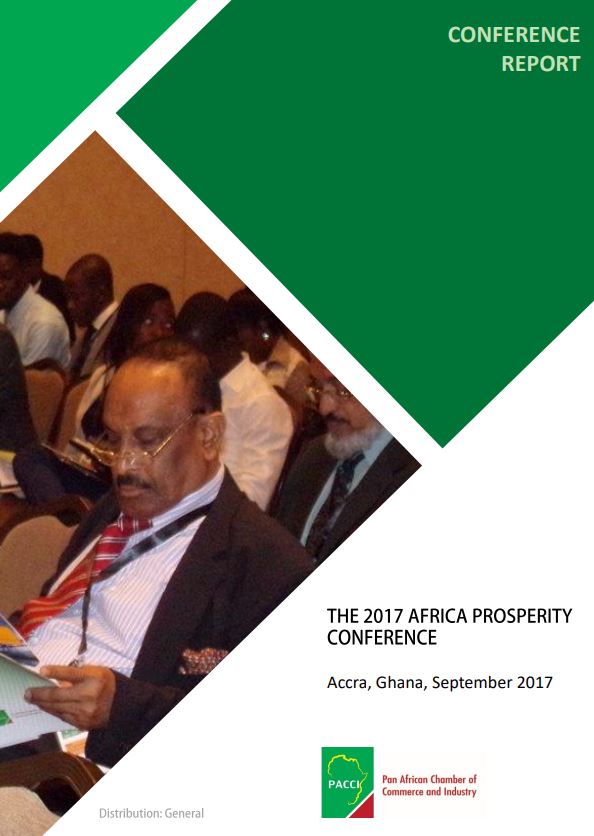 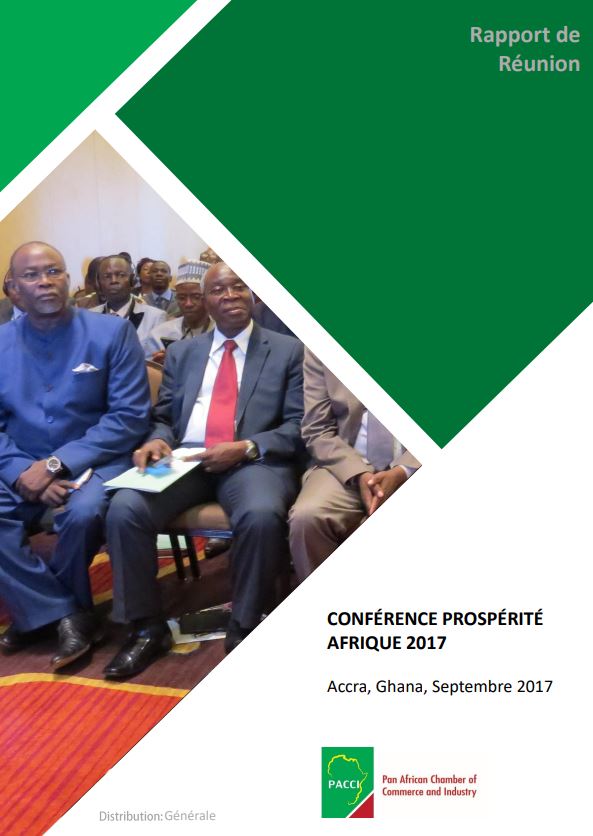 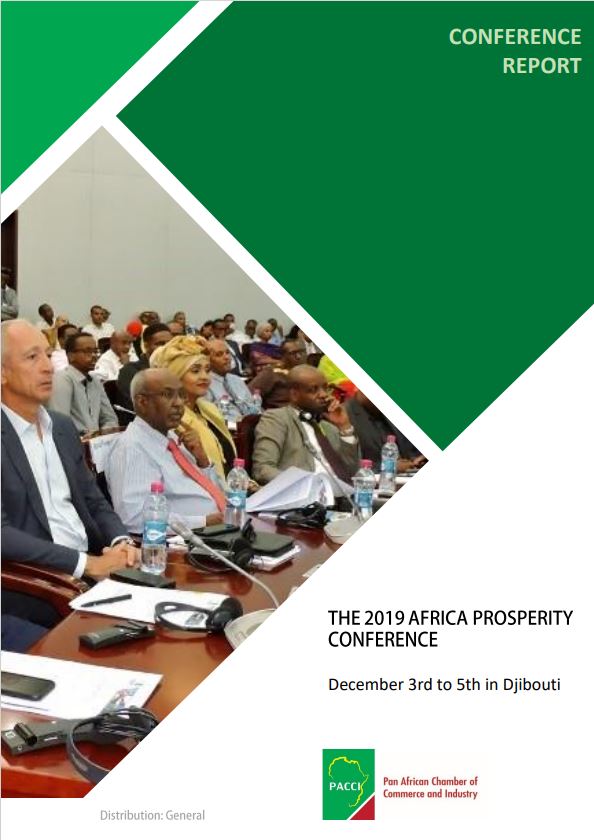 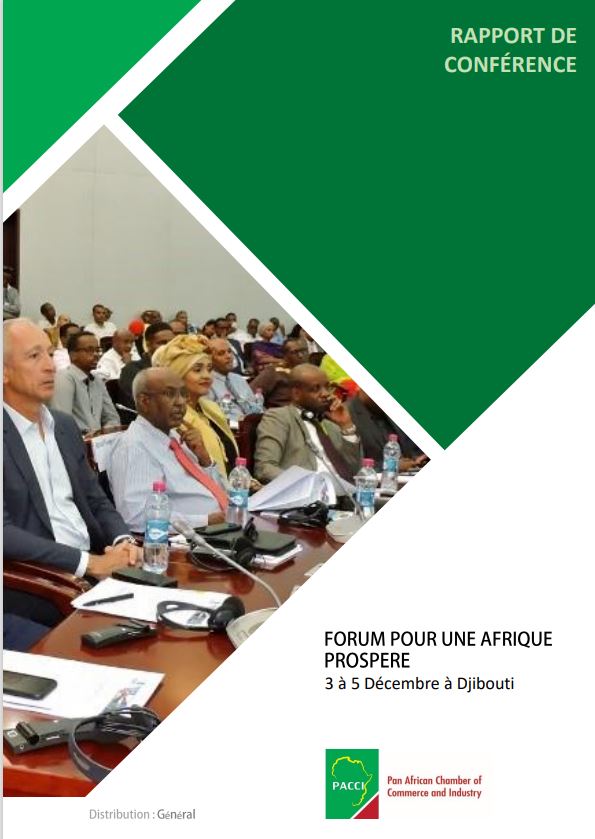 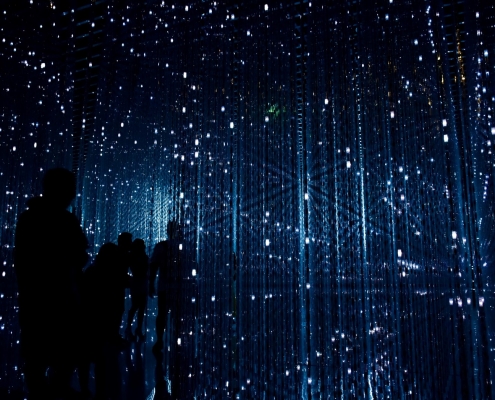 A roundtable, convened by the International Institute for Sustainable Development (IISD) and CUTS International, Geneva, as a part of IISD’s second Trade and Sustainability Hub, discussed the digital divide’s relationship to inequality and…
END_OF_DOCUMENT_TOKEN_TO_BE_REPLACED
https://www.pacci.org/wp-content/uploads/2022/06/E-commerce.jpg 1047 1589 Mekides Admasu https://www.pacci.org/wp-content/uploads/2022/08/PACCI-Lanscape-Transparent-LOGO-Updated-30-05-22@3x-1030x335.png Mekides Admasu2022-06-29 08:42:332022-06-30 12:48:27Roundtable Considers Links of Digitization and E-Commerce to Inequality 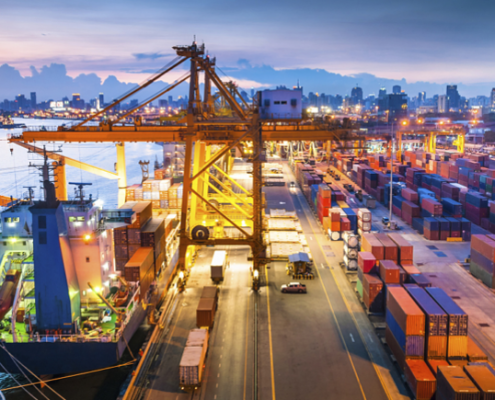 The AfCFTA is an ambitious trade pact to form the world’s largest free trade area by connecting almost 1.3bn people across the 54 African countries. The agreement aims to create a single market for goods and services in order to deepen the…
END_OF_DOCUMENT_TOKEN_TO_BE_REPLACED
https://www.pacci.org/wp-content/uploads/2022/06/Trade-New.png 435 771 Mekides Admasu https://www.pacci.org/wp-content/uploads/2022/08/PACCI-Lanscape-Transparent-LOGO-Updated-30-05-22@3x-1030x335.png Mekides Admasu2022-06-28 08:30:432022-06-30 12:47:38AfCFTA Suffers Setback As Benin Republic Slams CFA9m On Nigeria-bound Transit Cargoes 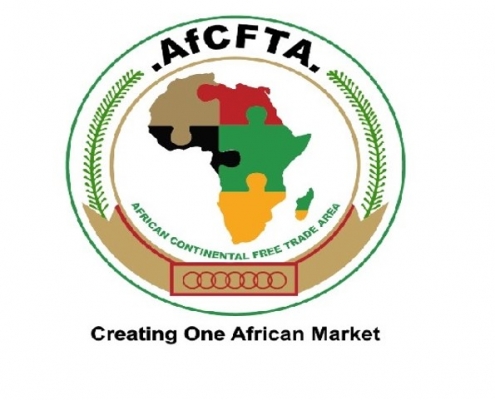 The African Continental Free Trade Area (AfCFTA) is developing a protocol for women and youth in trade to place them at the centre of its activities, Wamkele Mene, Secretary-General, AfCFTA has announced. The move, according to him, was to…
END_OF_DOCUMENT_TOKEN_TO_BE_REPLACED
https://www.pacci.org/wp-content/uploads/2022/06/Afcfta-Logo.jpg 481 756 Mekides Admasu https://www.pacci.org/wp-content/uploads/2022/08/PACCI-Lanscape-Transparent-LOGO-Updated-30-05-22@3x-1030x335.png Mekides Admasu2022-06-27 10:41:122022-06-27 10:41:12AfCFTA Protocol on Women and Youth in Trade in the Offing - Wamkele Mene
Scroll to top