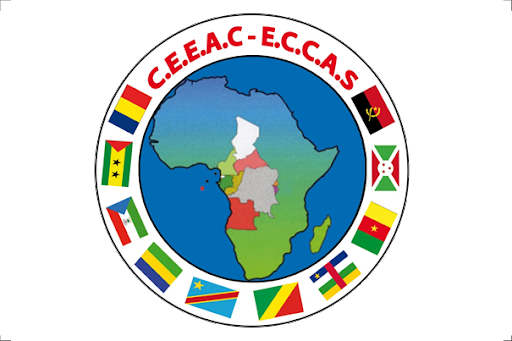 In December 1981, the leaders of the Customs and Economic Union of Central African States (UDEAC) agreed to form a wider economic community of Central African States. The Economic Community of Central African States was established on October 1983 by members of UDEAC, Sao Tome and Principe and members of the Economic Community of the Great Lakes Countries, Zaire[1], Burundi and Rwanda[2]. ECCAS was however inactive for several years due to financial constraints, conflicts in the Great Lakes area as well as the war in Democratic Republic of Congo where member States (Rwanda and Angola) were fighting on different sides. Nevertheless, in October 1999, ECCAS was formally designated into the African Economic Community as one of the eight pillars of the African Union.

ECCAS aims at promoting and strengthening a harmonious cooperation in order to realize a balanced and self-sustained economic development, particularly in the fields of industry, transport and communications, energy, agriculture, natural resources, trade, customs, monetary and financial matters, human resources, tourism, education, culture, science and technology and the movement of persons with a view to achieving collective self-reliance, raising the standards of living, maintaining economic stability and fostering peaceful relations between the member States and contributing to the development of the African continent.

[1] Zaire was renamed the Democratic Republic of the Congo in May 1997.

[2] Rwanda pulled out of ECCAS in 2008 to concentrate on its membership to the East African Community (EAC) and COMESA. Rwanda officially confirmed its return to ECCAS on 18 August 2016.

The objectives of ECCAS for the purpose of achieving these aims are :

The organizational structure of ECCAS consists of the following institutions:

• The Conference of Heads of State and Government, which is the supreme body of ECCAS;
• The Council of Ministers;
• The Court of Justice;
• The General Secretariat which is the executive organ of the Community;
• The Advisory Commission;
• Specialized Technical Committees.

Given the foundation of ECCAS, the trade and market integration is its core objective. The Article 6 of the Treaty Establishing ECCAS indicates the creation of a free trade area and a customs union in twenty-years. In July 2004, ECCAS launched its free trade area with the aim of establishing a customs union of common external tariff by 2008. The timetable for establishing the free trade area was however postponed due to the weak domestication of agreed procedures by member States[1]. On average, member States reduced only 34 per cent of tariff lines on intra-ECCAS tariffs to zero, making ECCAS the region to have the lowest share of intra-regional trade in terms of gross domestic product compared to Africa’s five sub-regions[2]. To meet the integration challenges, ECCAS Member States adopted in 2007 a strategic integration plan and a vision called the ECCAS Strategic Vision at the Horizon 2025 that aims at building a competitive regional environment to attract private investments in growth areas.

In March 1994, UDEAC was replaced by CEMAC which is a customs and monetary union between six of ECCAS member States, namely: Cameroon, Central African Republic, Chad, Congo, Gabon and Equatorial Guinea. The monetary union is operating, however, the operationalization of the customs union has not yet been realized[3].

ECCAS is implementing trade facilitation programmes, including the construction of one-stop border posts that are becoming more frequent in the region. Moreover, ECCAS has undertaken studies on the competition policy and the intellectual property right and is defining a Regional Strategy on investment and establishing a Small and Medium Enterprises Guarantee Fund[4]. Similarly, CEMAC has created a Regional Economic Programme for the period 2009-2015 to attract the private investments by addressing issues relating to, governance and macroeconomic stability, the creation of a common market, and the consolidation of physical infrastructure and support services[5].

In the ECCAS region, there has been little progress to implement the free movement of people as set out in the Treaty Establishing ECCAS. In 1983, ECCAS adopted the Protocol on Freedom of Movement and Rights of Establishment of Nationals of Members States. This protocol includes provisions for the freedom of movement, residence and establishment for all citizens in the ECCAS region. Implementation, according to the Protocol, were scheduled within four and twelve years respectively after the establishment of the Treaty Establishing ECCAS. Moreover, an initiative to fast-track free movement of persons was adopted in January 1990 and amended in June 2000. The initiative was meant to be effective by March 2005, but is still pending[1].

The Establishing Treaty of ECCAS does not mention peace, security, stability and governance in its institutional structure. However, ECCAS adopted the Protocol of Peace and Security in February 1999, to deal with the conflicts and political instability in the region. The Protocol gave way for the establishment of the Security Council in Central Africa (COPAX) with three key instruments, the Commission for Defense and Security, the Central African Early Warning System and the Central African Multinational Force. [1] The protocol establishing COPAX was formally ratified in January 2004 to include defense and security mechanisms aligned with the African Union’s Peace and Security Architecture[2]. In parallel, member States of CEMAC formed a regional peace force, the Multinational Force in the Central African Republic in 2002, to promote peace and security in the conflict inflicted Central African Republic.

However, in July 2008, CEMAC transferred its authority for the Multinational Force in the Central African Republic to ECCAS and is a part of COPAX. In addition, ECCAS adopted the Protocol Relating to the Strategy to Secure ECCAS’ Gulf of Guinea in October, 2009 as well as the Declaration of the Heads of State and Government on Maritime Safety and Security in 2013 to promote the regional maritime security in the Central African region[3].

[3] Declaration of the Heads of State and Government of Central and West African States on Maritime Safety and Security. Available from http://pages.au.int/sites/default/files/Declaration%20of%20the%20Heads%2…

Harmonisation of policies in the areas of industry, transport and communications, energy, agriculture, natural resources, trade, currency and finance, human resources, tourism, education, culture, science and technology are the core objectives indicated in the ECCAS Establishing Treaty. ECCAS has set out a number of initiatives to implement these objectives. Among others, ECCAS plans to implement a regional private sector development programme in Central Africa with support from the European Union[1].

Infrastructure in the ECCAS region has made progress with the ECCAS Consensus Blue Print on Transport in Central Africa initiative. In this context, priority projects as the Highway project Fougamou-Doussala-Dolisie (Gabon- Congo), the Ouesso-Sangmelima road development project and the transport facilitation on the Brazzaville-Yaoundé road corridor, are in the process of implementation[2]. ECCAS has also initiated actions to construct cross-border missing links particularly the railroad bridge between Brazzaville and Kinshasa[3]. Aviation has likewise made progress in ECCAS with the Heads of State and Government deliberating on forming a regional agency to regulate the air space and tackle problems of safety and security, aligned with the African Development bank sponsored Capacity Building Program of Aviation Safety in West and Central Africa initiative[4]. Moreover, in April 2003, ECCAS member States established the Power Pool of Central Africa of which the main achievement is progress made towards the implementation of the Grand Inga project. [5] Concerning food and agriculture, ECCAS is implementing its Common Agriculture Policy that serve as the basis for the development of the Regional Agricultural Investment and Food Security Programme in the region.

[5] African Development Bank “Power Trade in Africa and the Role of Power Pools”. Available from http://www.afdb.org/en/blogs/integrating-africa/post/power-trade-in-africa-and-the-role-of-power-pools-12101/ 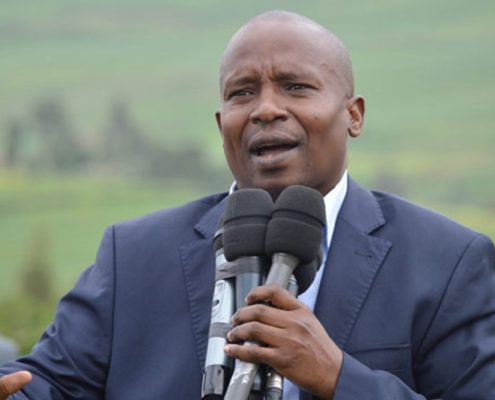 Capital News
Plans for the reopening of the Kenya-Somalia border in Mandera are nearing conclusion, with the renovation of the Customs Border Control Point set to begin soon. This follows a series of high-level consultations between the two countries…
END_OF_DOCUMENT_TOKEN_TO_BE_REPLACED
https://www.pacci.org/wp-content/uploads/2023/02/Ken-and-S.jpg 534 960 Elshaday Hagos https://www.pacci.org/wp-content/uploads/2022/08/PACCI-Lanscape-Transparent-LOGO-Updated-30-05-22@3x-1030x335.png Elshaday Hagos2023-02-07 10:00:242023-02-07 10:36:51Govt To Reopen Kenya-Somalia Border in Mandera 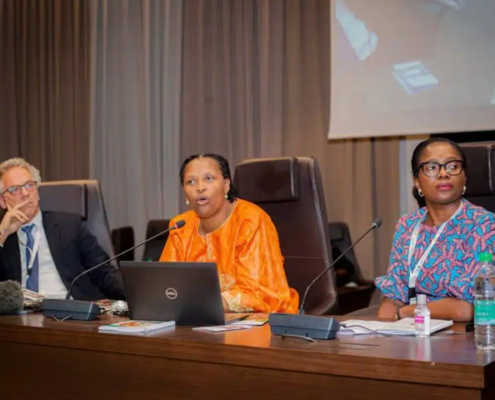