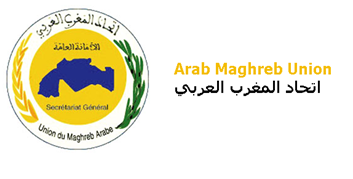 In June 1988, the Algerian, Libyan, Mauritanian, Moroccan and Tunisian Heads of States met in Algiers to deliberate the creation of the Arab Maghreb Union. The Arab Maghreb Union (AMU) was founded in February 1989 in Marrakech with the approval of the Treaty Instituting the Arab Maghreb Union. At the Treaty approval, the member States agreed to coordinate, harmonize and rationalize their policies and strategies to achieve sustainable development in all sectors of human activities. In addition to the Treaty, the Marrakesh Summit adopted the Solemn Declaration on the establishment of AMU and its work program.

The member States of AMU are Algeria, Libya, Mauritania, Morocco, and Tunisia.

The Arab Maghreb Union objectives are to:

The principal structures and institutions of AMU are:

Trade liberalization was the main objective of the AMU establishing agenda in February 1989. The following steps to achieve the Maghreb economic union have been agreed upon; the establishment of a free trade area with the dismantling of all tariff and non-tariff barriers to trade; the creation of a customs union with a common external tariff; and the formation of a common market with free movement of persons, services, goods and capital between the member States[1].

Nevertheless, practical implementation of the integration agenda has been slow as the free trade area is not yet operational among AMU member States. More recently however, member States have been in the process of concluding the negotiations on the free trade area but they have not yet finalized the provisions on rules of origin[2]. AMU has also created working groups to deliberate on how to further harmonize national customs procedures, trade regulations as well as norms and standards for goods and services. The intra-regional trade in AMU was as low as 4.8 per cent of the total regional trade in 2012[3], which is comparatively lower than that of other REC, making it vastly below its potential[4]. In this context, member States agreed on a comprehensive plan to boost economic integration by promoting investments in infrastructure, harmonizing national customs procedures and expansion of logistics and transport services across borders in June 2012[5].

Moreover, AMU Ministers of Trade formed a committee in December 2014, to fast-track the Boosting Intra-Africa Trade initiative and to deliberate on the negotiations for the Continental Free Trade Area[6]. Yet, challenges remain. Apart from more evident challenges such as the aftermath of the Arab spring, recent instabilities in Libya, political transition in Tunisia have impeded trade and integration initiatives in the region. Trade relations between the member States have also been hampered by the overlapping membership of Algeria, Libya, Morocco and Tunisia to the Greater Arab Free Trade Area of the Arab League[7]. In fact, AMU member States indicate benefits from the removal of intra-regional tariffs within the Greater Arab Free Trade Area[8] which would make the incentives for an AMU free trade area rather unlikely.

In December 2009, the member States decided to create the Maghreb Bank for Investment and Foreign Trade in order to boost regional financial integration and to strengthen intra-regional trade[9]. The inauguration of the Bank took place in December 2015, in Tunis, Tunisia with a net capital of US$150M to be invested in infrastructure, transportation, telecommunications and electrical power projects and programmes[10].

[1] The Arab Maghreb Union “Objectives and Missions” Available from http://www.maghrebarabe.org/en/obj.cfm

[4] The World Bank Economic Integration in the Maghreb. 2010. Available from http://siteresources.worldbank.org/INTMENA/Resources/Maghrebpub.pdf

[7] European Parliamentary Research Service Blog “The Union of The Arab Maghreb And Regional Integration: Challenges And Prospects”. 2014. Available from https://epthinktank.eu/2014/01/16/the-union-of-the-arab-maghreb-and-regi…

[8] United Nations Economic Commission for Africa and the African Union. Status of African Integration “The Implications of Agenda 2063 and Agenda 2030 on African Integration”. 2016. Ninth Joint Annual Meetings of the African Union Specialized Technical Committee on Finance, Monetary Affairs, Economic Planning and Integration and the Economic Commission for Africa Conference of African Ministers of Finance, Planning and Economic Development.

[9] The Arab Maghreb Union. “Maghreb Bank for Investment and Foreign Trade to be created”. 2010. Available from http://www.maghrebarabe.org/en/news.cfm?type=2&id=224

The overall objective of AMU is to establish a Maghreb Economic Union; however, the financial and macroeconomic convergence is not articulated in the Treaty nor the creation of a single currency. By contrast, the parallel initiative of the Greater Arab Free Trade Area binds member States to coordinate financial and monetary policies with the aim of achieving monetary unity[1].

The progressive realisation of the free movement of persons is one of the main objectives of AMU. Three AMU member States have implemented the freedom of movement protocol, namely, Libya, Morocco and Tunisia. Of these, Tunisia is currently the only state that allows citizens from fellow member States to access its territories freely. [1] The remaining require a travel visa for residents of member States. Moreover, permission to reside in the territory of a member State must be obtained by applying for a permanent or temporary residence permit from the authorities of the concerned State.[2]

Challenges to implementation include infrastructural constraints, in particular road transport as the high occurrence of roadblocks set up by national security forces and illegal blockades as well as other insecurities in the region that has impeded the process. In this regard, member States point to security issues as the primary reason for delaying the free movement of person’s scheme in the AMU region[3].

The Article 2 of the Treaty Instituting the Arab Maghreb Union clearly states the AMU objective of contributing to the preservation of peace based on justice and equity in the region. Moreover, the common defense and the non-interference in domestic affairs of member States are, likewise, central to the Treaty. In this regard, AMU formed institutional structures to promote peace and security by creating the Council of Common Defense in 1991.

The Council, and the greater objective of AMU, was for the REC to be a platform for negotiating peace, improving security and resolving existing conflicts amongst member States and the world.[1] AMU has nevertheless failed to fulfil its objectives as intervention or meddling in conflicts within the region has been poor. Particularly, in regards to the recent social and political crisis in the region that has impeded the process of peace, security and stability in Tunisia and Libya and to a lesser extent in Morocco. Amid constraints to meet the AMU objectives, member States met in March 2012 to deliberate on how to fight terrorism, organised crimes and to enhance cooperation in the region.[2] Yet, AMU initiatives have not led to substantive changes.[3] Member States are, nevertheless, experiencing slow but gradual progress towards the establishment of peace, security and stability in their states. The relatively successful transition to democracy in Tunisia is one such example. 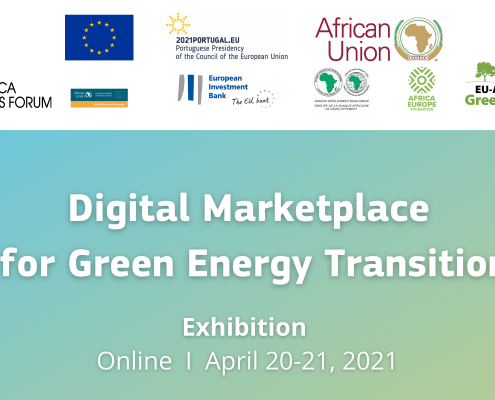 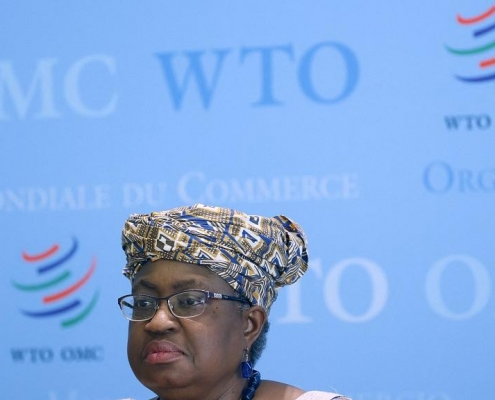 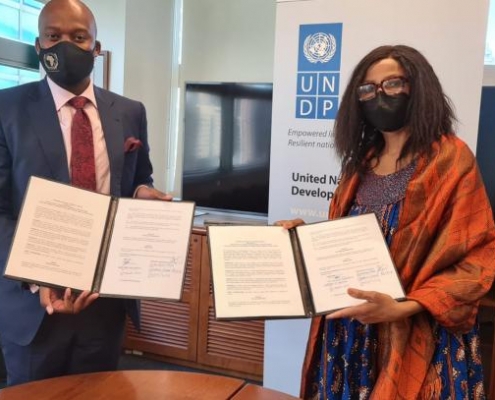 source: afcta.au.int The AfCFTA Secretariat and the UN Development Programme (UNDP) today have signed a strategic partnership to promote trade as a stimulus for Africa’s socioeconomic recovery from the COVID-19 crisis, and as a driver…
END_OF_DOCUMENT_TOKEN_TO_BE_REPLACED
https://www.pacci.org/wp-content/uploads/2021/04/AFCFTA-SEC-and-UNDP.jpeg 407 847 Wincate Mithini https://www.pacci.org/wp-content/uploads/2020/02/pacci-logo.png Wincate Mithini2021-03-30 14:40:472021-04-08 14:43:11AfCFTA Secretariat and UNDP sign a strategic partnership agreement
Scroll to top